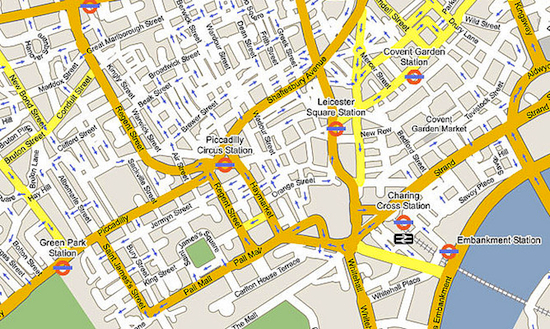 Gone are those grim and dark days when iOS users were forced to access Google Maps via their phone’s web browser or resort to celestial navigation. Google Maps is once again available for download on iTunes. For quite some time, those with iPhones pined for the convenience and unique features of Google’s mapping service. Now that the grueling wait for the app is at last over, the world is now their proverbial oyster.

It’s natural that most would assume Google Maps for iOS wouldn’t have all the bells and whistles of its counterparts on other mobile devices and Google proper, but the app manages to deliver in this regard and even carries a unique feature sure to get iPhone owners excited. The Google Maps app comes with everything you would expect: turn-by-turn navigation — with voice-based driving instructions if one is so inclined — the Street View system, public transit directions, and live traffic updates.

Google has taken the initiative to make sure Google Maps for iOS stands head and shoulders above the competition by launching Maps SDK. With this, users not only have the option to have Google Maps featured among their apps, but they can also link them with the mapping service for added utility.

Currently, Google Maps for iOS has yet to make its way to foreign markets, but those abroad should expect to see the app available for download sometime in the near future. For the time being, this does allow folks with the app to give their friends across the world a call and let them now how awesome the app is, without rubbing it in their faces, of course.

(The Next Web, image via plemeljr)