Hunter Shoots “Unicorn” in Slovenia, This Is Why We Can’t Have Nice Things

What? Horse is evolving! 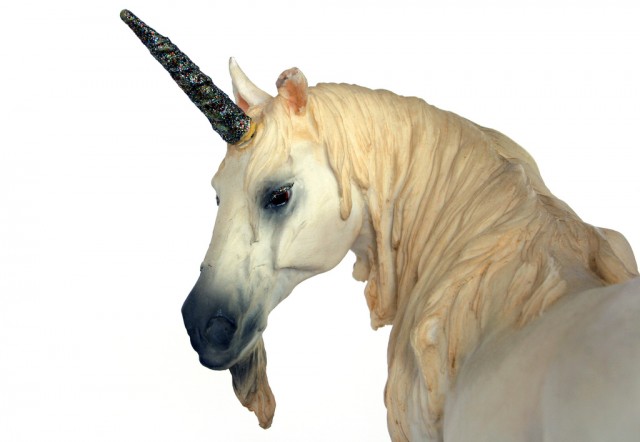 A deer with a rare deformity that made its antlers grow together into a single spike like a unicorn was recently found in Slovenia—and by found, I mean shot by a hunter, because that’s what happens when you find a strange thing in the Alps.

Seriously, the thing is a unicorn. Just look at it:

Technically, it’s a roe deer and not a unicorn, but technically the hunter who shot it is a human and not a Yahoo to the unicorn’s Houyhnhnm, so I’m not entirely interested in “technically” right now.

Sadly, the antler deformity wasn’t actually a genetic one, so we’re not getting any closer to deer evolving into unicorns. National Geographic says the unicorn horn was “likely caused by an injury early in the antlers’ development. Such injuries are common in deer and often lead to antler abnormalities, including bizarrely shaped racks.”

The odd shape of its antler didn’t seem to disadvantage it or keep it from playing in any reindeer games, as the unicorn was perfectly healthy for its age according to the hunter who killed our dreams. It was maybe even a little too healthy as it was a bit heavier than average, which I’m guessing is either because of its magical powers or because the spike on its head was a solid advantage when butting heads to compete with other deer.

(via BoingBoing, image via Brenda Clarke)