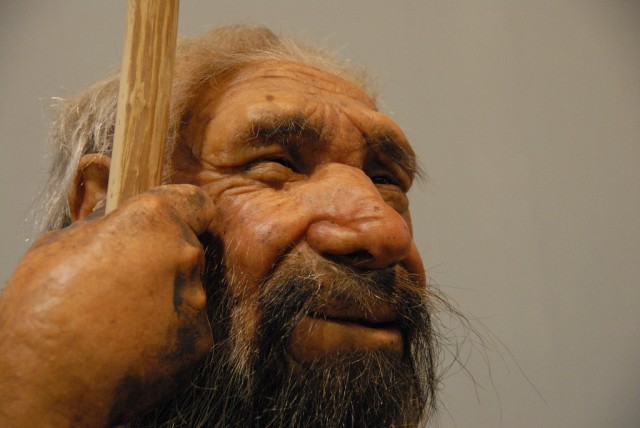 While we’ve all been mindlessly wasting our lives browsing the Internet, science has been busy answering the tough questions — like, did Neanderthals and humans ever bang? It’s been theorized for years that the two species interbred with one another at some point, and now a new method of genome analysis confirms it. So yes, they totally banged.

Many  genetic researchers have subscribed into this interbreeding idea for years, but this latest study, which was published in the most recent issue of Genetics journal under the undeniably sexy title of “Neandertal Admixture in Eurasia Confirmed by Maximum Likelihood Analysis of Three Genomes,” almost completely rules out the alternate theory that humans and neanderthals share genetic similarities because they evolved from the same ancestor before migrating out of Africa.

The genome analysis method, which was first developed by study co-authors Konrad Lohse and Laurent A.F. Frantz for analyzing the history of insect populations in Europe and island species of pigs in South East Asia, uses informationfrom one genome each of several types — Neanderthal, European/Asian, African and chimpanzee. By dividing these genomes into smaller blocks of equal length, the researchers were able to better analyze their structure and confirm that it’s much more likely Neanderthals made a genetic contribution to humans through interbreeding.

Both the study authors and the editors at Genetics hope that this new analysis method will also be able to track the genetics of other species as well, giving us insight into the evolutionary history of all organisms.”Because the method makes maximum use of the information contained in individual genomes, it is particularly exciting for revealing the history of species that are rare or extinct,” said Lohse.

Thanks, Science! Next up, we’d like to know if a caveman could beat up an astronaut, please. We’ve been arguing about this for a really long time, so try to get back to us as soon as possible. Oh, also, the astronaut does not have any weapons. In the meantime, we’re going to come up with some more portmanteaus for Neanderthal/Human hybrids. What does everyone think of “Neanderhumans?” “Humanthals?” Maybe “Neandermen?”

(via Phys.org, image via Gianfranco Goria)