There's a lesson in here somewhere. 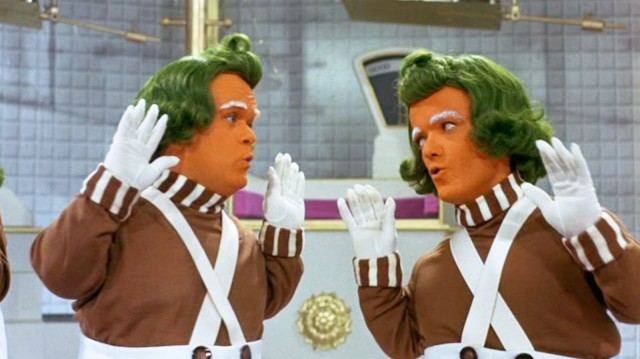 Scientists (pictured above) have finally discovered a way to authenticate claims that chocolate is “premium” and not secretly sub-premium Slugworth nonsense. It’s a great day for humanity.

Consumers have largely had to take chocolatiers at their word when they claim their product is made from “premium” cocoa beans, but a new technique developed by chocolate scientist Dapeng Zhang and a team can now source beans at the genetic level.

Zhang has identified specific genetic markers in the genetic code of cacao called SNPs (or “snips”)  that can be used to identify beans and determine their origin. Similar techniques have been in use for other kinds of crops in the past, but they haven’t worked on cacao until now.

Chocolate is a big money business, and even bigger money when talking about premium chocolate, so there’s an obvious interest in keeping things honest when chocolate makers claim to be pushing the good stuff.

(via EurekAlert!, image via Willy Wonka and the Chocolate Factory and probably not of the actual scientists)