Hulu’s Runaways Will Give the Kids’ Parents More Sympathy 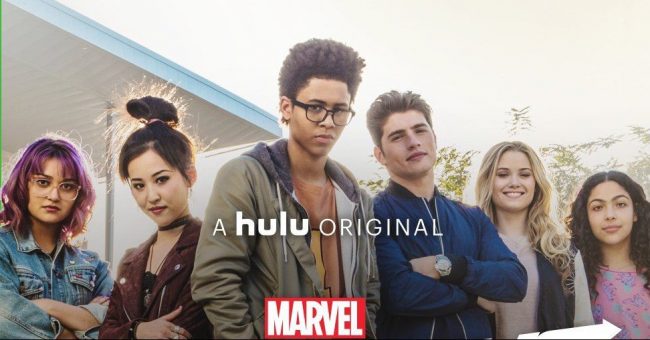 After hearing the news about the revival of Marvel’s Runaways as a comic by Rainbow Rowell and Kris Anka, we’re also getting more insight into what the TV adaptation on Hulu will be like. It may or may not connect to the Marvel Cinematic Universe, but it will definitely give the Runaways’ villainous parents, members of the criminal organization The Pride, a bit more sympathy.

At a recent TCA panel, series showrunners Josh Schwartz (The O.C.) and Stephanie Savage talked about what they’ll be keeping from the original comics and what they’re changing for television to enhance the story. Even better, they’re working closely with original series creator Brian K. Vaughan to make sure the story doesn’t stray too far from what makes the comic special.

First, there’s how the show will be handling The Pride, the group of supervillains from whom the titular Runaways are, well, running away. Schwartz and Savage want to ensure that, despite the show having legit villains, they remain human and sympathetic. They also plan on kicking the show off with the events of the pilot being from the teens’ point of view, then having Episode 2 be the same story from their parents’ perspective, something the comics never really provided.

Says Schwartz, “It’s important to us there are no true villains in the show. The book tells the story from the point of view of the kids. It was important to us we take the time to build out the parent characters. Having Brian K. Vaughan in the room with us [allowed us to say], ‘Okay, if you could dig into these stories and these parent characters, what stories do they have to tell?’ The first episode is from the kids’ point of view. The second episode tells the same story from the parents point of view and then they connect halfway through.”

Also, whereas the comics series culminated in a battle between the Runaways and their parents in its first run, the show puts more focus on attempts to reconcile, with some of the Runaways hating their parents, but others assuming the best and trying to see the good in them in spite of everything.

So, will this all be tying into the larger MCU? Marvel’s Jeph Loeb was a little cagey about it, but he’s not ruling anything out. “You’re just trying to get me in trouble so I say #itsallconnected and have to explain it later,” he joked. “It all exists in the same world. How it’s connected remains to be seen. I think it much more lives in a world of if you’re a teenager, since it’s all connected through social media and connected in it’s own way, would you be following Iron Man or would you be following somebody more your age? The fact that they have found each other and are going through this mystery together is at the moment what they’re concerned about, not what Captain America is having for lunch on Friday.”

If you’ve read the comics and know that a few of the original Runaways don’t end up sticking around, know that for the show at least, they’re going to be around for a little longer than they were in the comics, though that doesn’t mean that the new Runaways won’t show up. They’ll just show up in Season 2 or beyond. Loeb stressed that “we’d like to get through a first [season]. We’re super excited about the story we’re telling now and that’s where we’re focused.”

Are you excited about what this version of Runaways could be like? Tell us below!