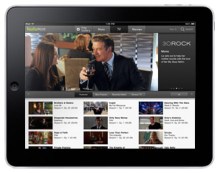 Hulu has just officially announced the launch of Hulu Plus, their premium subscription service that will allow customers to get access to a broader catalog of offerings for $9.99 a month. That doesn’t mean they’re going to axe the free offerings on Hulu.com, but it’s clear that some of the rollbacks in Hulu offerings in months past have been geared towards sweetening the pot on Hulu Plus. Whereas you used to be able to watch the entire current season of, say, 30 Rock on Hulu, you can now watch only the past five episodes. Hulu Plus promises to give you access to the entire season catalog for shows.

Hulu Plus subscriptions for all your favorite gadgets are officially coming, but here’s the problem: Ads aren’t going away anytime soon.

Hulu plans to roll out Hulu Plus apps for the iPhone and the iPad, the service will officially be coming to the XBox 360 and PS3 (no Wii yet), though this was pretty widely known, and some Samsung Internet-connected smart TVs will be able to download a Hulu Plus app. Much like Netflix, one monthly subscription satisfies all of your app demands; there’s no need to pay for multiple subscriptions. The service is not yet available for mass consumption, though you can apply for a subscription.

Here’s the thing: While many companies that offer ad-supported free services knock out the ads in their premium alternatives, Hulu Plus isn’t doing that.

Update: A newer version of the AP report removes this line and confirms our initial conclusions. “The paid section will show the same number of ads to viewers as on the free site, but it has more content available. Subscribers can watch shows in high definition – at up to 720p, compared with 480p for free.”

In his blog post on the matter, Hulu CEO Jason Kilar defends the use of ad revenue on the grounds that it will help keep prices low: “Hulu Plus is a new, revolutionary ad-supported subscription product that is incremental and complementary to the existing Hulu service … For our advertisers, who allow us to keep our Hulu Plus price low with the support of ad revenue, we offer one of the world’s most effective advertising platforms, with the ability to speak effectively to users across a variety of devices, anywhere they happen to be.”

Advertisements seem like a major minus for Hulu Plus, especially if they take the form of unavoidable, show-interrupting commercials. Hulu hasn’t explicitly said that they will, but the following picture displayed on Hulu’s blog seems to imply it: Those little gray dots that you see at the bottom of the TV screen below look just like the ad markers that currently interrupt free online Hulu videos. 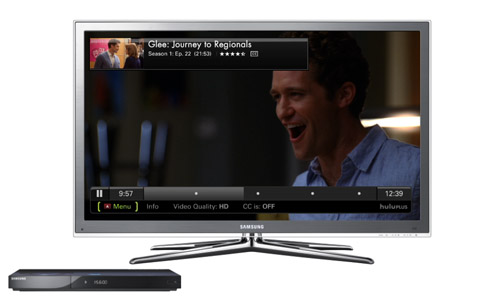 While a big annoyance, paid alternatives to free ad-supported services which still have ads of their own are nothing new: Most recently, Apple said that paid apps would still be able to opt in to their iAd advertising service. But the App store is at least a marketplace where consumers can vote with their wallets, rewarding paid apps that eschew advertising and punishing the ones that try to double dip.

Here’s the thing: Paid streaming video apps occupy their own little marketplace, and interrupting ads would seem to constitute a big disadvantage for Hulu Plus versus Netflix. Sure, there’ll be some offerings on Hulu that you can’t get on Netflix, but Netflix’ instant watch has a growing TV series selection as well: I watched the entirety of LOST streaming on Netflix on my XBox 360, and never once encountered an ad. (Update: all six seasons of LOST will be available on Hulu Plus, fyi.)  Buffy the Vampire Slayer, one of the series Hulu Plus touts on its front page, is already available for Netflix customers to watch instantly in its entirety; so are Arrested Development and 30 Rock and Heroes. To be fair, neither The X-Files nor The Office are currently available streaming from Netflix (though you can order the discs in the mail); you’ll only be able to stream them with Hulu Plus.

Update: Yikes. Not to be a Netflix fanboy, but the comparison gets worse: According to Peter Kafka, Hulu promises “120 seasons and 2,000 episodes available.” Browsing through Netflix’s instant catalog online, I count 27 full pages of 24 seasons each and one partial page with 13 seasons; that makes for  a total of (24*7)+13= 661 seasons available on Netflix. Granted, some of them are clunkers (sorry, Crank Yankers Season 3), but that’s a much bigger selection.

I don’t begrudge Hulu their attempt to monetize a wonderfully ambitious service that has brought great value to consumers: There are few sites on the Internet that offer the wealth of high-quality entertainment that Hulu.com does, much less offer it for free. But if it slaps ads on programming you can watch uninterrupted elsewhere, Hulu Plus’ edge is less clear.