Hulu Plays With Our Emotions, Announces They’re In Talks For Community Season 6 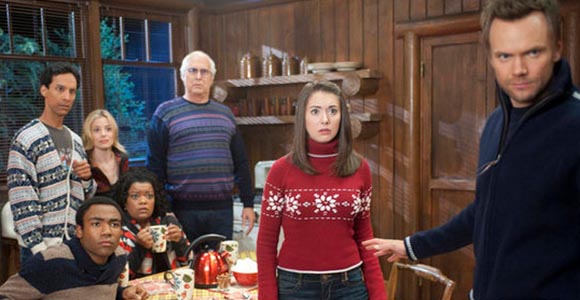 Just when fans of NBC’s Community were resigning themselves to the fact that they’d never get their “six seasons and a movie,” Hulu swoops in with a glimmer of hope on the back of a soaring eagle!

Deadline writes, “I have learned that Hulu is in talks with Community producer Sony Pictures TV for more original installments of the show, which was cancelled by NBC earlier this month.”

Could it really be? Deadline goes on to add:

Sources stress that conversations are preliminary and it is unclear whether they would lead to a deal, but I hear there is will on both sides. That includes Community creator Dan Harmon, who confessed on his blog that he had warmed up to the possibility of continuing the show elsewhere, changing his stance from “eh” when Sony TV called him with the news of the series’ cancellation by NBC to “sure, let’s talk” two days later. Said Harmon, “I’m not going to be the guy that re-cancels cancelled Community.”

I don’t think there’s any doubt the show would do well on Hulu but we shouldn’t get our hopes up just yet. Instead, perhaps we could find creative ways to let Hulu know this is totally something they should do?