Mothers, Thank Thor You Didn’t Give Birth To This Hulk Baby (Doll) 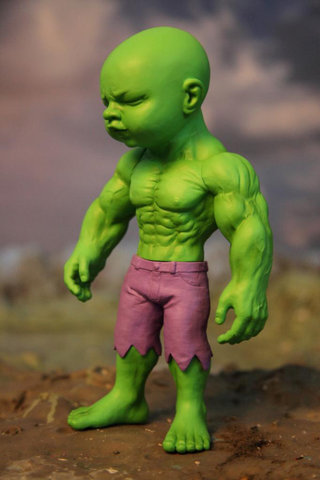 So, this is a thing. Ron English has created an 8 inch vinyl figure called “Temper Tot.” It’s inspired by a work of art he created for a show and is now available for pre-order.