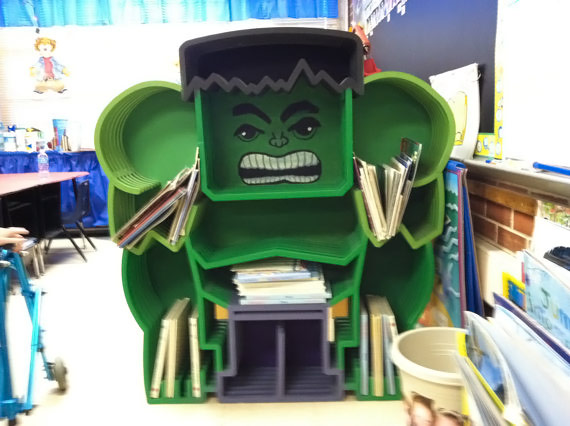 Etsy user WhittledInWood makes some incredible handmade bookshelves, some of which have a little bit (ok, a lot) of geeky flare. This Incredible Hulk shelf will set you back $800 but we think that face is worth it. Check out the shop for a few Star Wars-inspired bookcases.