Squid Girls Can Hula Better Than You 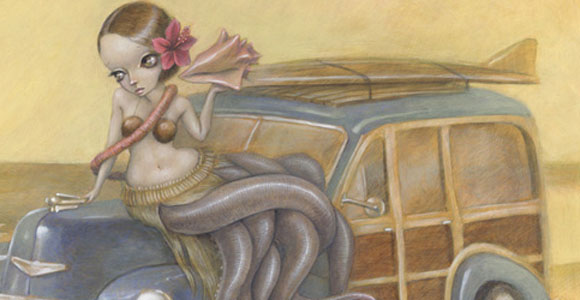 You may think hula is easy but it actually takes a lot of skill and practice. Unfortunately, those of us with only two legs and arms are at a disadvantage next to these pretty squid girls by artist Erika Taguchi-Newton.

Newton, who also goes by the name Raven Girl, has most of these for sale in her shop and other interesting visuals in her Etsy store. (My personal favorite? Teatime with Wampa) 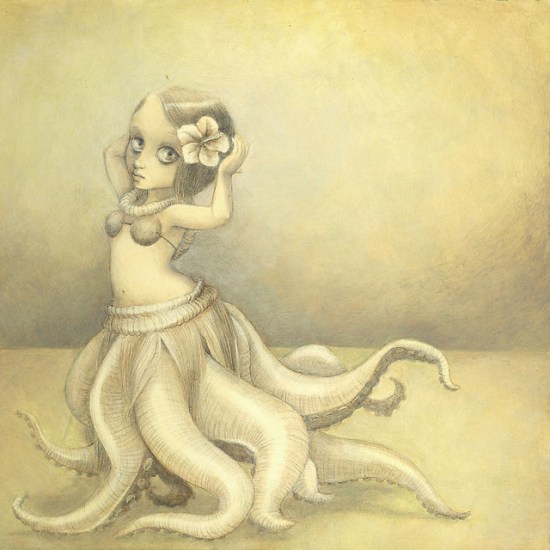 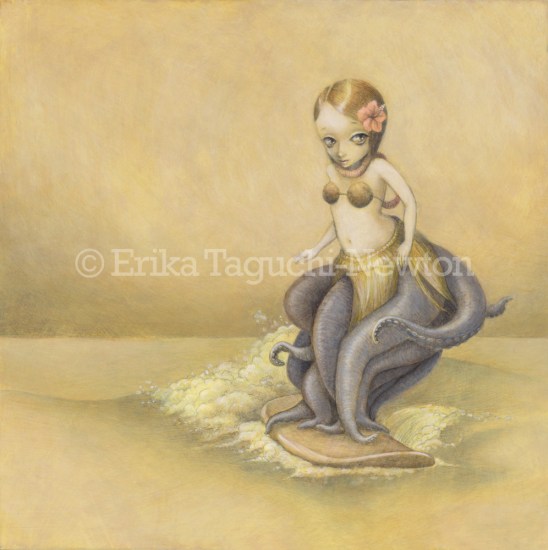 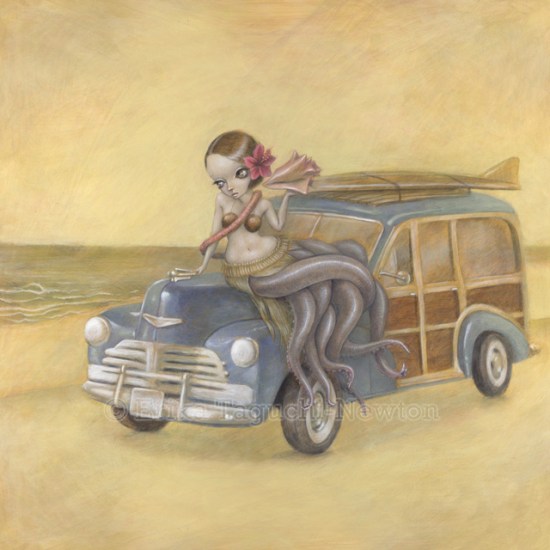 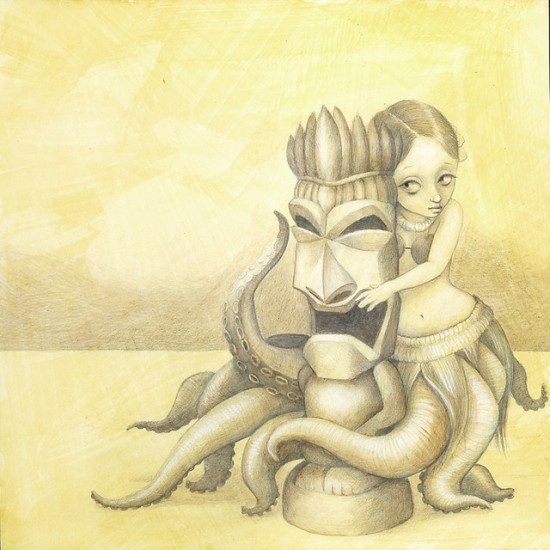