Transformers Role Was “Meaningless” To Hugo Weaving, Has No Idea What’s Going On With The Hobbit 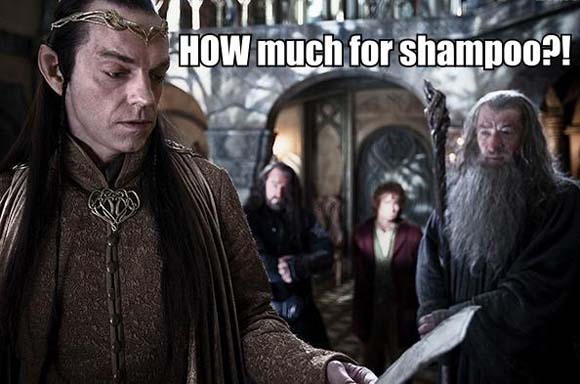 Hugo Weaving has been in so many geek properties, he feels like an old friend. The Matrix, V for Vendetta, Captain America, and of course Peter Jackson’s The Lord of the Rings. He traveled back to Middle Earth for The Hobbit and admits he was just as clueless about the whole trilogy thing as we were but when asked about his time as Megatron in Michael Bay’s Transformers, the actor declared the role meaningless. Why does this not surprise me?

I’ll give you my favorite part of the interview from Collider first which was Weaving’s response to the The Hobbit going from two films to three.

But for his part, he’s not too in the know about what’s going on at the moment. At the time he finished his work on the film, “They hadn’t filmed the final battle sequence yet, which would have been at the end of two. For a number of reasons, they decided that there are three films in there. I hope there are. I don’t know. I was truly there for four or five weeks and enjoyed myself, and went home again.”

But I suppose the more interesting part of the interview was when Collider asked the actor if he was going to be involved with the next Transformers movie.

That’s a weird job for me because it honestly was a two-hour voice job, initially.  I was doing a play and I actually didn’t have time, anyway.  It was one of the only things I’ve ever done where I had no knowledge of it, I didn’t care about it, I didn’t think about it.  They wanted me to do it.  In one way, I regret that bit.  I don’t regret doing it, but I very rarely do something if it’s meaningless.  It was meaningless to me, honestly.  I don’t mean that in any nasty way.  I did it.  It was a two-hour voice job, while I was doing other things.  Of course, it’s a massive film that’s made masses of money.  I just happened to be the voice of one of the iconic villainess [sic] characters.  But, my link to that and to Michael Bay is so minimal.  I have never met him.  I was never on set.  I’ve seen his face on Skype.  I know nothing about him, really.  I just went in and did it.  I never read the script.  I just have my lines, and I don’t know what they mean.  That sounds absolutely pathetic!  I’ve never done anything like that, in my life.  It’s hard to say any more about it than that, really.

I’d say “ouch” but this really isn’t that much of a shock.