Want to win a copy of Howl's Moving Castle on Blu-ray? Course you do. 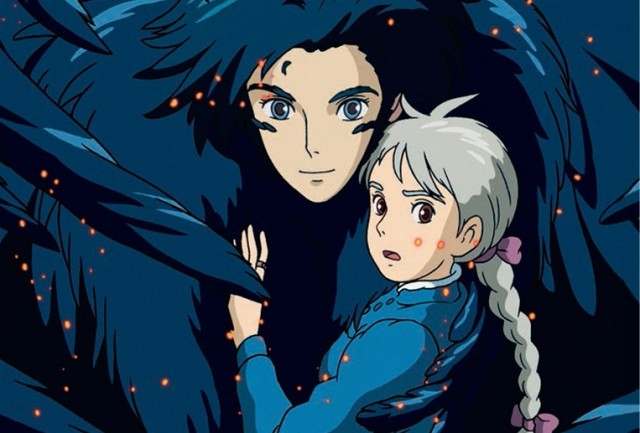 As you might already be aware, Studio Ghibli’s Howl’s Moving Castle released on May 21st for the first time on Blu-ray, and there’s not much that’s better than watching the crisp animation of Ghibli’s work in high definition. Seriously. If you haven’t already experienced something like Ponyo on Blu-ray already, I’m not sure what you’re doing with your life. That’s why we’re giving away a copy of the Howl’s Moving Castle Blu-ray/DVD Combo Pack to one lucky reader. Sound good?

What exactly must you do to win? It’s pretty simple, really. First, follow Geekosystem on Twitter using this handy button:

That’s it! If you do both of these things, you’ve been entered in the contest. Pretty simple, right? Who wouldn’t want a free copy of Howl’s Moving Castle? That just seems silly to me.

UPDATE: It’s over! Thanks for playing, folks.

Precise details: This contest is only open to continental U.S. addresses only due to fulfillment requirements, with only one entry per person. The contest will end Friday, June 14th, 2013, at 1PM ET. The winner will be chosen at random based on valid Twitter entries, and they’ll be notified shortly after the contest ends. If you do not follow @Geekosystem on Twitter, WE WILL NOT BE ABLE TO CONTACT YOU IF YOU WIN, and you will be disqualified. Good luck!