Make ROM Backups of Your Classic Games — Legally — With Retrode 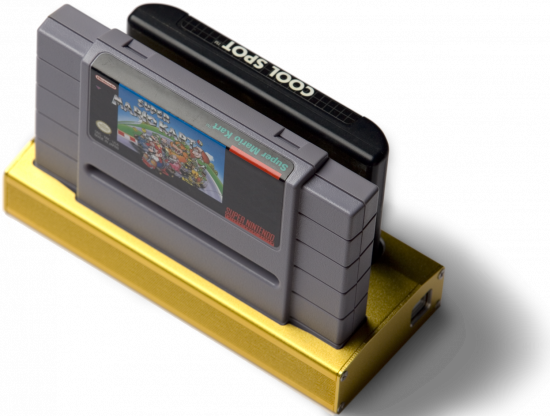 It used to be that if you wanted to make ROM file backups of your dusty old cartridge games, you had to have a pretty solid technical background and access to hard-to-find development software. Of course, you could just download ROMs from torrent sites, but the legality of doing so is murky even if you own the games in question — and besides, then you can’t carry over your saved games, which in addition to having sentimental value, could represent hours upon hours of work.

Enter Retrode, a gadget that lets you legally make ROMs from your Super Nintendo and Sega Genesis games and shoot them over to your computer via USB.

Retrode doesn’t come cheap — it costs $96.99, which, when pitted against the price tag of “free” associated with the limitless library of illegal ROMs out there, will probably turn more than a few gamers off. As the Retrode FAQ acknowledges, “The Retrode is not for you if… you don’t see the difference between making private backup copies of games that you own, and downloading 10,000 ROMs from the internets.”

(Retrode via CrunchGear via DVICE)