Lost 15th Anniversary: How The Show Changed The Way We Watch Television 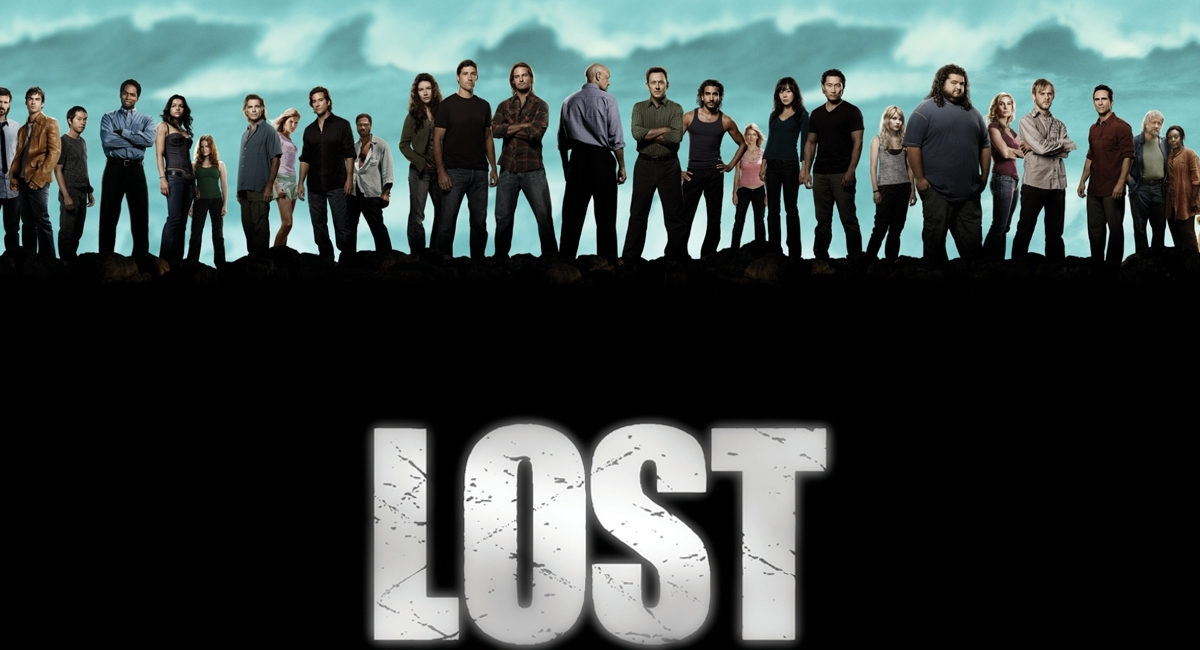 Fifteen years ago today, the first episode of Lost aired on ABC and became an immediate sensation. Audiences had never seen anything quite like this. It was Gilligan’s Island but scary? An fictional take on Survivor where instead of getting voted off the island, the castaways were eaten by a…dinosaur? King Kong? A polar bear??? No one knew what to make of Lost when “Pilot” hit the airwaves, but we all knew we were curious. As the first season continued and more mysteries were revealed (Locke used to be in a wheelchair! There’s a hatch on the island! Hurley is a millionaire!) the audience grew and Lost became must-watch television for millions of devoted fans. Lost wasn’t just a great show, it was a phenomena that changed the landscape of television and fandom forever.

The first way that Lost changed everything was in how it opened up the world of genre television, and showed audiences, studios and critics how compelling genre storytelling could be. Looking back now, we know that Lost is a science fiction/fantasy show. There’s magic and weirdness and (spoilers for later seasons) time travel and cosmic beings fighting over the soul of the world. It’s not just kind of genre, it’s high fantasy in a modern setting with major allegorical overtones.

But in 2004, neither audiences, nor the studio knew what Lost was. Thanks to the “Lost Will and Testament of  Javier Grillo-Marxuach,” an essay published by former Lost scribe Grillo-Marxauch, we know what was going on in that writer’s room and what the studio was thinking in those first two seasons – and they weren’t at all comfortable with the idea that the mysteries of the island on Lost had any sort of supernatural explanation. It took seasons of carefully pushing boundaries and belief for Lost to go full fantastical, slowly accustoming audiences and the network to the weirdness, until of course characters hoping through time and misplacing nuclear bombs made perfect sense.

In the slow reveal that it was pure genre, Lost showed everyone just how good and appealing genre TV could be, and it was reward for it. Nerds like us have always known that genre is a way to explore deeper questions and themes, but it was always dismissed as silly. Lost changed that, for the general audience. It won the 2005 Emmy for Outstanding Drama, and continued to win and be nominated throughout it’s run. Even now it’s hard for great genre television to break into the awards game, but Lost really blazed that trail. I truly believe that we wouldn’t be talking about The Good Place or Game of Thrones winning Emmys tonight if Lost hadn’t been there first.

Of course there were other shows at the time that were showing what genre could do. Buffy ended in 2003, Angel in 2004 and Battlestar Galactica, the series, was just getting underway in early 2005. Those shows were beloved by critics and fans as some of the best television ever, but none of them quite broke through into the mainstream the way Lost did, as a major network tent pole built around magic and mystery.

This is the other way Lost changed everything: it made television an interactive puzzle. That mystery was part of the key to Lost‘s success, but also it’s Achilles heel. Lost was very much a mystery box show. It inspired huge amounts of theorizing and analysis, and the act if figuring out Lost and solving the mystery became just as important to viewers and enjoying the show. That led to so many smart discussions and a very smart fandom, but it also led to a lot of disappointment. 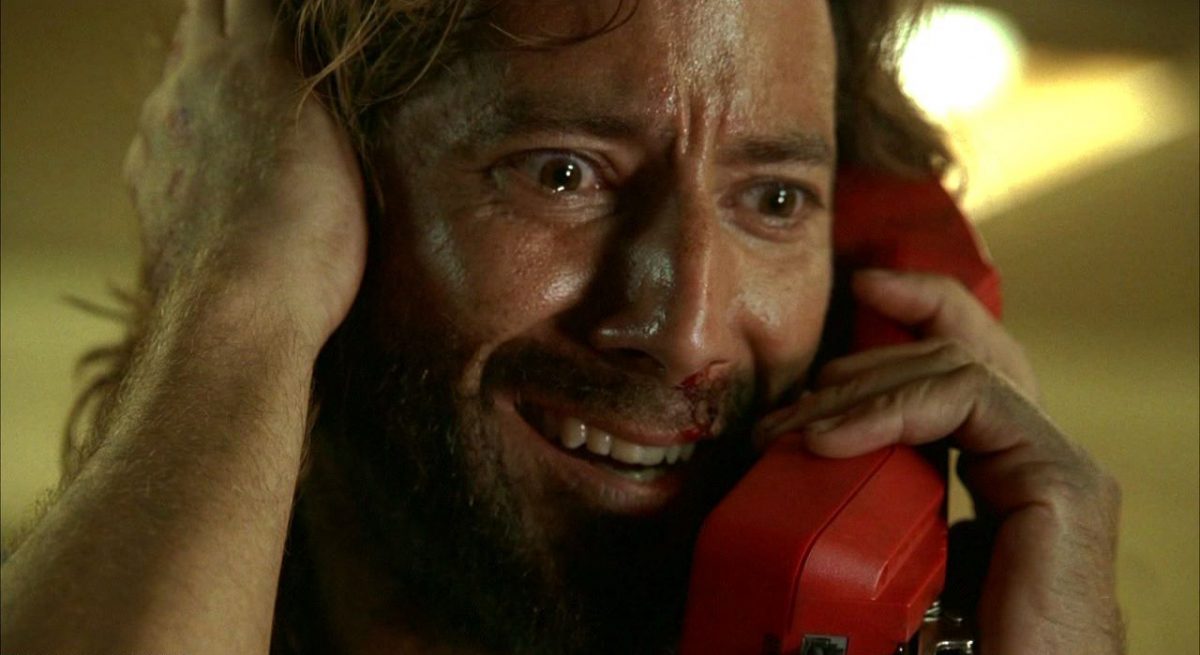 I started watching Lost mid-season one, after catching up on winter break while I was in college. I loved it, but just as much, I loved reading Jeff Jensen’s recaps on Entertainment Weekly. “Doc” Jensen raised the episode recap to an art form, combing over every reference and spinning fantastical theories each week. I still remember the “evil Aaron” theory. It was always a fun, wild ride. Jensen wasn’t the only one reading Lost this way, many, if not most serious fans treated the show this way because we were led to believe that it was the way we should watch Lost. Everything on screen could be an Easter egg or clue to some bigger thing that would solve the whole show.

But that never actually happened, at least not in a way that was satisfying to everyone and tied up every lose end. While all the little tidbits – like book titles and hidden numbers – were great color, there was no giant, over-arching plan to Lost from the beginning. As Grillo-Maxauch explained in his “Lost Will and Testament,” the writers didn’t “know what the island was” definitively from the beginning because they wanted to keep their options open. The “truth” was mutable and could change whenever someone had a better idea. I think this changed in later seasons, as Damon Lindelof and Carlton Cuse solidified their ideas and were given a solid date to end their story. But there was never a Rosetta stone to Lost. Much to fan’s disappointment.

Here is where Lost changed the way we watch television, and interact with TV, possibly for the worse. Even though it wouldn’t completely pay off, Lost, just by it’s epic, mystery box nature, led viewers to believe that there was a way to ‘figure it all out.” And fans across the board now look at every show or movie in the same way, much to the detriment of genuine enjoyment. Now everything is a conspiracy or a mystery to be unlocked.  I’ve seen fans pouring over wallpaper and music choices in non-mystery box shows to prove that their ship is going to be cannon, and constructing theories that would make Losties minds swim to explain away episodes they didn’t like. It’s creative and fun, yes, but it also can lead to the same things many Lost fans (but not us!) experienced when the show ended: disappointment. Reading shows this way assumes that all writers are sending secret messages to fans, and if they’re smart enough, they’ll figure out the real story. But that’s not how Lost actually worked and that’s not how most TV works.

Great TV is about great stories built around people we care about. The reason Lost was great television wasn’t the mystery, it was the characters. It wasn’t the genre elements of the story that elevated it, it was the human drama and the fantastic cast and performances. That’s the lesson from Lost that innumerable imitators failed to learn, which is why so few of those myriad copycats succeeded. Lost‘s true brilliance was not in the magic of the island, but in how the tabula rasa of island life allowed the show to explore a diverse and complex group of people.

If Lost was “about” anything, it wasn’t the mystery of the island: it was about the connections between people. How we learn from our past, how we can chose to do good or evil, not to help ourselves, but to help others. The best episodes of Lost were the ones that used genre to tell a bigger, emotional story. For instance, “The Constant“ works because we care about Desmond and Penny, and the time travel is just the foundation.  Lost taught viewers that everything on screen can matter and showed general audiences how much fantasy and sci-fi have to say about our experiences as human beings. But the final lesson, one that maybe gets lost itself, is that what matters isn’t science, or faith, or fate, but how we serve and love one another.