How Different Are the Criticisms of Emma Watson and Beyoncé’s Feminism? 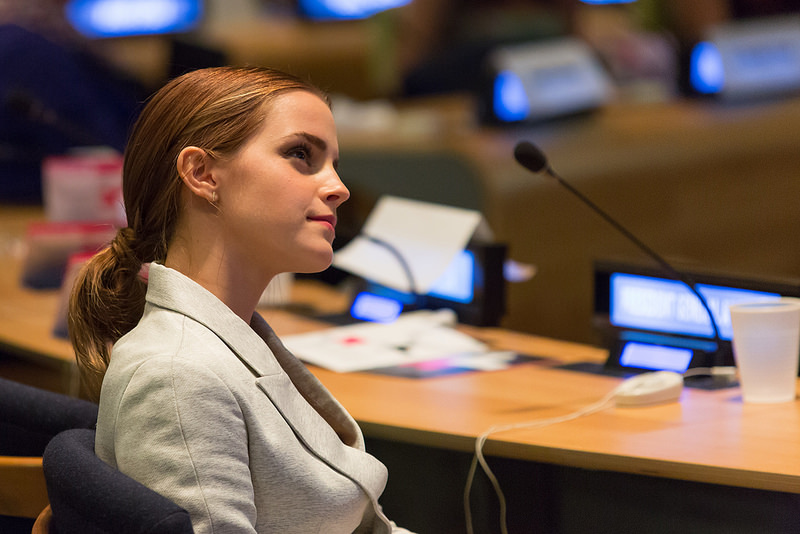 When Emma Watson was publicly criticized for a revealing photoshoot in Vanity Fair, and subsequently eloquently dismissed that criticism , one question kept popping up all over the internet: “So when is Emma Watson going to apologize to Beyoncé?”

If you don’t know the story here, in a 2014 interview for Wonderland magazine, Watson and Rookie editor Tavi Gevinson briefly discussed their feelings around Beyoncé’s recently-released self-titled visual album. And at one point, Watson says she felt “conflicted” about the feminist message in the videos because, as she saw it, the sexuality portrayed felt more like objectification.

And that’s what the narrative became, because it makes for an easy narrative: Emma Watson, who once, in an interview eight years ago, said her “idea of sexy is that less is more,” criticized Beyoncé’s feminism for being overly sexual, then posed semi-topless in a magazine. HYPOCRITE!

The actual story there is perhaps not necessarily more complicated, but a lot more nuanced. And nuance doesn’t make for as sweet of outrage, does it? But we’ll try anyway.

A big problem here is that the interview was (as far as I can tell) only released in print, not that the internet has a habit of accepting context even when conveniently available. A few of you shared the full quote in the comments of the last article on the subject (thanks for that!), and Emma Watson also helpfully posted the relevant part of the interview to Twitter.

This is the part of my 2014 interview with Tavi where we talked about Beyoncé. My words are in bold. pic.twitter.com/Y8vumOeyDT

The full quote here does give some much needed context, not for giving Watson the benefit of any doubt in regard to what she might have meant, but for knowing what she actually said.

I’m quite nervous to bring it up because I still haven’t really formulated my own ideas about it but [both laugh] Beyoncé’s new album. I don’t know whether you have spoken to anyone about it, but my friend and I sat and we watched all the videos back-to-back and I was really conflicted. I so admire her confidence to put her music out in that way, in amidst all these very sensationalist MTV performances, I was so psyched about that. On the one hand she is putting herself in a category of a feminist, this very strong woman… but then the camera, it felt very male, such a male voyeuristic experience…

The two go on to discuss that for much of the visual album, the intended audience of her sexuality seems to be Jay-Z, not a general male gaze, and that that’s important. Not only are women so often expected to exist for the male gaze, but Watson describes the unspoken “memo” actors and performers get in Hollywood to hide relationships so as to not distance your audience by reminding them you’re unavailable.

So by publicly exposing her marriage, that she is in a committed relationship, that she has a child, is probably really against that kind of memo and she does make it clear that she is performing for him. And the fact she wasn’t doing it for a label, she was doing it for herself and the control that she has directing it and putting it out there, I agree is making her sexuality empowering because it is her choice.

The interview only gets more relevant from there, as she continues,

I would say you do get sense of, ‘I can be a feminist, I can be an intellectual, I can be all these other things, but I can also be ok with my femininity, and being pretty and with all these things that I thought might negate my message or negate what I am about.’ That really is the most interesting thing about the album. It is so inclusive and puts feminism and femininity and female empowerment on such a broad spectrum.

It’s entirely valid to think it was a misstep for Emma Watson to criticize Beyoncé’s work so publicly. Watson has become a feminist role model for many young girls all over the world, and to hear her critique a black woman’s version of feminism can absolutely have a lot of unintentional effects. “White feminism” is a real thing, driving out more marginalized voices from the conversation, and Watson is most definitely at risk of that here.

I would argue, though, that Watson’s eagerness to have this conversation in the first place is worth noting. She very honestly frames the discussion as not having figured out her feelings on the matter but wanting to learn and work through the complexities she sees in front of her. And in the space of just a few paragraphs, she came around to realizing why her initial opinion was wrong.

You don’t have to fawn over two white young women learning to love and appreciate the feminist message of Beyoncé’s work. You don’t have to celebrate that if you don’t think it’s worth celebrating. But making direct comparisons between Emma Watson questioning her own immediate reactions and Watson herself being criticized for a semi-revealing photograph in Vanity Fair feels fallacious.