Congress Has Scheduled a Hearing on the “Heartbeat Protection Act,” Which Would Ban Abortion After 6 Weeks 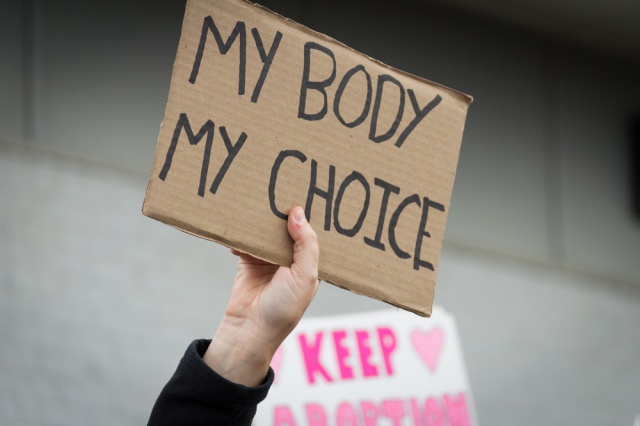 Back in January, walking insult to modernity Representative Steve King (R-IA) introduced H.R. 490, a national version of the “heartbeat bill,” which would ban abortion once a fetal heartbeat is detected (at approximately six weeks). As many pro-choice advocates have pointed out, most women don’t even know that they’re pregnant at the six-week mark, meaning this bill would effectively ban the vast majority of abortions in the United States. When it was first introduced, it didn’t have a hearing date – but now the House of Representatives has announced one.

On Wednesday, November 1, the the Subcommittee on the Constitution and Civil Justice – a part of the House Judiciary Committee – will hold on a hearing on H.R. 490. Rep. Steve King is rather ironically referring to this bill, which will endanger the lives of millions of Americans if it becomes law, as the “Heartbeat Protection Act.” (Apparently, those of us with wombs are merely vessels, not heartbeats deserving of protection.)

H.R. 490 contains no exceptions for rape or incest, and while it does allow abortions in cases where the pregnant parent’s life is in danger, it’s disturbingly limited. Abortion is only permitted when the pregnant person’s “life is endangered by a physical disorder, physical illness, or physical injury, including a life-endangering physical condition caused by or arising from the pregnancy itself, but not including psychological or emotional conditions.” (Emphasis mine.)

Pregnant people are, at least, explicitly exempt from punishment for seeking or procuring an abortion in this bill: “A mother upon whom an abortion is performed may not be prosecuted under this section, for a conspiracy to violate this section, or for an offense under section 2, 3, or 4 of this title based on a violation of this section.”

Passing a 20-week abortion ban apparently just wasn’t enough for the House of Representatives, which is determined to destroy the autonomy of American women and the reproductive rights of any pregnant American. And whatever Rep. King tells himself so he can sleep at night, this is no moral crusade; it’s misogyny that wants to be made law.

(Via Bustle; image via Shutterstock)