Hourly Comic Day: A Round Up

Every February 1st, lots of artists (and even some not-so artsy people who just like comics) get together and pledge to draw one comic every hour that they are awake, about something that happened to them in that hour. It’s Hourly Comics Day, and it was yesterday! So here are some selections from our favorite participating artists:

The top pic was crafted by Nedroid, but here’s the uncropped version: 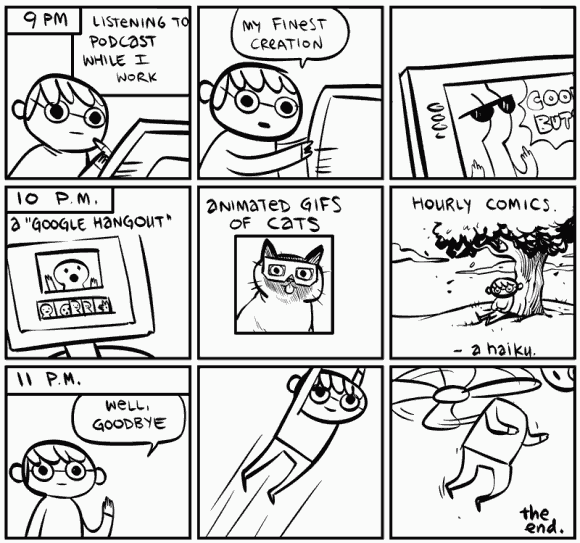 You can find the rest of his hourlies right here.

Next up is Megan Rosalarian Gedris, whose apology probably echoes the feeling of a lot of Hourly Comics Day participants: 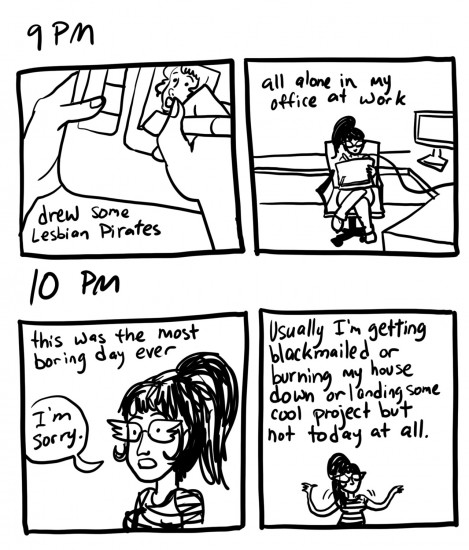 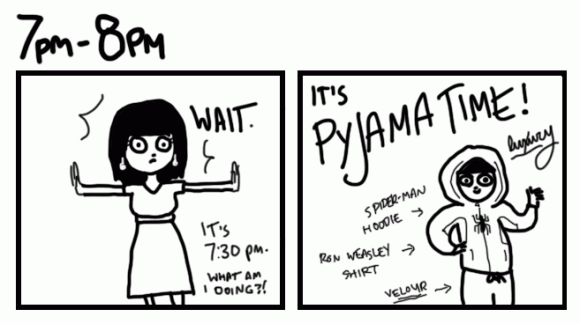 You can read all of her hourlies here.

Zac Gorman has won adulation from video game fans for his touching and nostalgic video game comics, but he’s won our hearts anew with some of his hourly comic entries.

You can see the rest of his hourlies here.

Kate Beaton didn’t join in on the whole hourly comic thing… except for one hour. 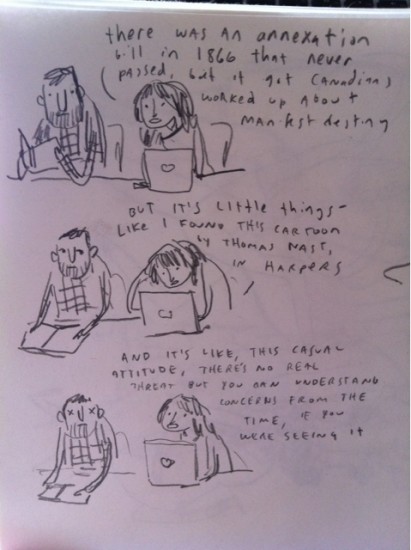 Scott C., the other personage appearing above, told things a little differently, without his death from boredom. 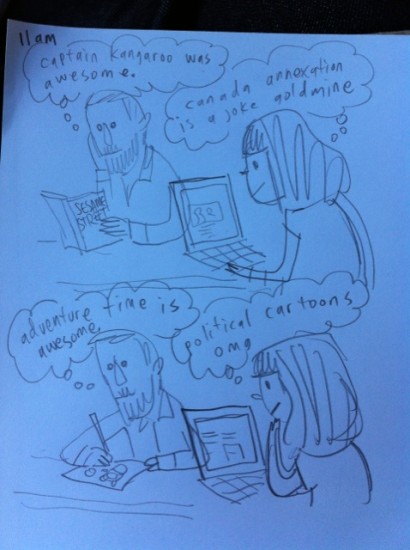 You can read all of his hourlies here.

And last, but not least, if you’re looking for something a little less autobiographical, and a little more narratively inclined, check out this full twenty four page comic by Boulet. Here’s one row of panels: