A Comprehensive List of the Top 10 Hottest Animated Dudes [Video] 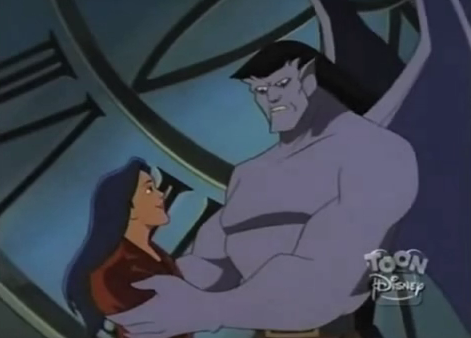 One million years ago, when I was in high school, I was hanging out backstage of our school play with some fellow female cast and crew mates, where we were having a serious discussion in an attempt to make the poor freshman boy in the booth — who could hear everything over the active body mics — severely uncomfortable. We talked about our periods, made up crushes and rumors, and one day, we discussed which animated characters we found really, really hot. And that’s exactly the project that Lindsay Ellis, also known as “The Nostalgia Chick” over at That Guy With the Glasses, has taken on. If she had only heard our conversation … she would have been even more disturbed than I was when I saw who made the number 10 slot. (Goliath tied for #9, by the way. I won’t spoil who he had to share the slot with.) Video after the jump.

And in case you were wondering who our contenders were for the hottest animated characters, here are a few: Prince Eric from The Little Mermaid, Aladdin, and, um … Simba. The lion. Though I was always partial to Schmendrick the Magician from The Last Unicorn. And maybe Raphael from Teenage Mutant Ninja Turtles. And this is why I work here and not at Styleite.

Here is the video. It’s nearly 20 minutes, but it goes fast because it is so good.