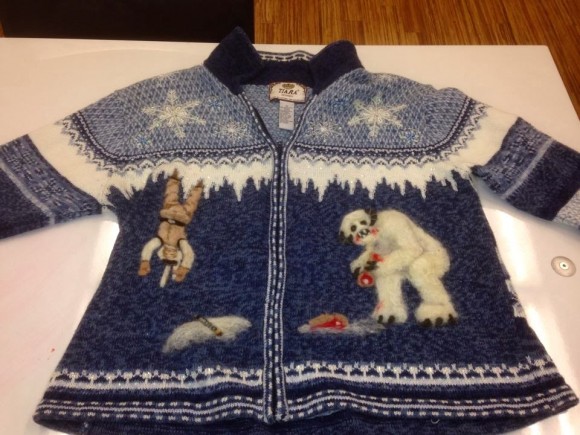 Redditor imnojezus’ coworker made this sweater using a felting process. Instead of knitting the whole thing from scratch, she used an existing sweater and added Luke, a lightsaber, the Wampa, and, of course some lovingly rendered Tauntaun parts.

(via Geek With Curves.)