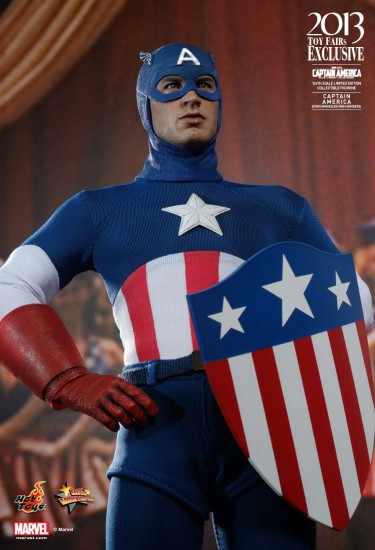 This Captain America Star Spangled Man Version Limited Edition Collectible Figurine looks impressively similar to the Steve Rogers played by Chris Evans in Captain America: The First Avenger. The figure even has stubble, 30 points of articulation, seven exchangeable hands, weapons, a shield, an uncomfortable looking stand, and the ability to convince you to buy war bonds. Check out two more photos of this prototype design after the jump, and head over to Hot Toys to learn how you might be able to get one of your own. 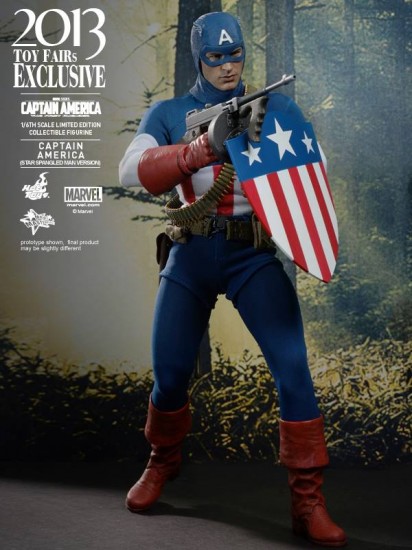 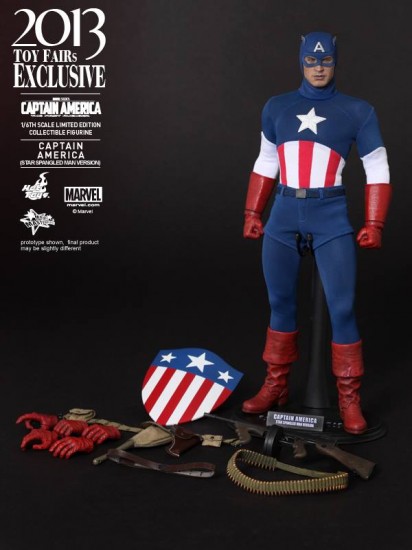 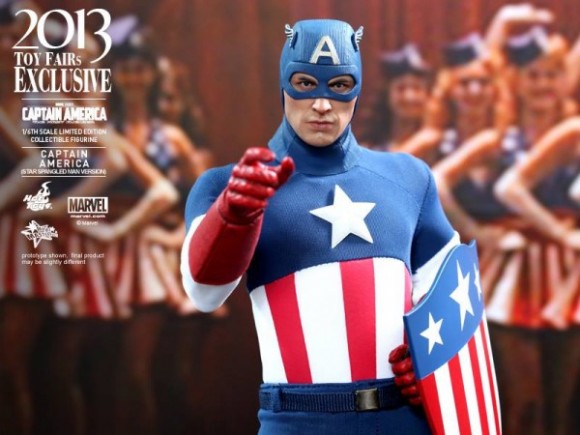