Hormone Could Keep Married Men Loyal To Their Wives 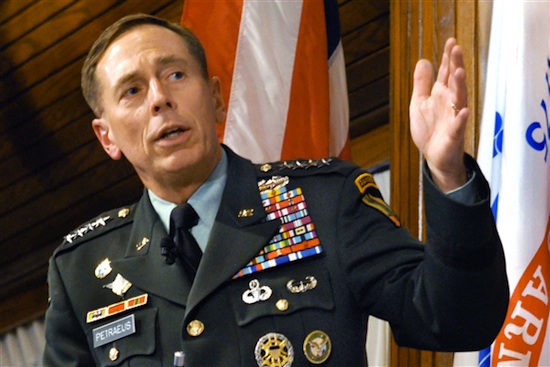 While it’s too late to save the late, great General David Petraeus from his philandering ways, future generations of men could be in luck. Where the Lord may have made a rambling man, research suggests that a quick shot of the hormone oxytocin could be just what the doctor ordered for married men who want to keep their vows sacred while being constantly confronted with women they could conceivably have sex with. Which to most men is, yes, all women.

Oxytocin has been implicated in everything from improving male sexual function to kickstarting real, true love, so it’s not a huge surprise that the so-called “cuddle chemical” could short circuit married men’s wandering eyes…and they’re too frequently attached wandering loins. A study to be released tomorrow in the Journal of Neuroscience shows that married men given a quick blast of nasal spray containing the hormone stayed about six inches further away from an attractive female they didn’t know than men who had taken a placebo. Notably, the men who had been exposed to the spray didn’t report the woman involved in the test as being any less attractive — they were just less comfortable getting close to her or touching her.

The spray seemed to have no effect on the amount of distance single men kept from the lovely lady test case, suggesting that the spray is somehow reminding committed men of their long-term partners. That drives home the effect many researchers think the chemical has on inducing pair-bonding, suggesting that oxytocin could be a very effective method of ensuring that more men go home to the one they love, rather than simply loving the one they’re with. None of the 57 heterosexual men involved in the study showed any aversion to going near a male stranger, either, reaffirming that the hormone is seriously entwined with feelings of love and romance in the brain, and not invoking any more generalized aversion to strangers in married men.