In related news, coming to class stoned does not help you learn. As we've always suspected. 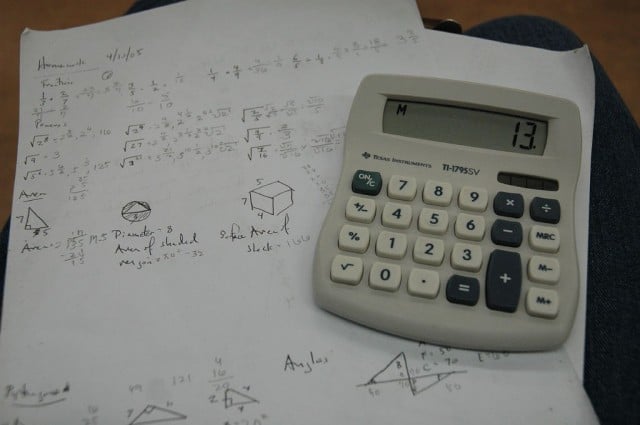 According to a recent survey of classes at East Carolina University by economics professor Nick Rupp, students who receive some amount of regular homework ultimately earn higher grades on tests. Great. I’m sure that’s exactly what all of you wanted to hear right before the fall semester starts. Next we’ll be telling you that too much beer is bad for you.

In his principles of microeconomics classes one semester, Rupp gave out two syllabuses to participating students; one randomly assigned group was required to do homework that accounted for 10% of their final grade. The other group was given the option of whether or not they’d like to do the same amount of homework, and their final grade was calculated entirely by test scores.

According to the results published the most recent issue of The Journal of Economic Education, those who were required to do the homework performed about a half grade better than those who were given an option (with some exceptions, of course). And it wasn’t because of that measly 10% of extra points helping them out, either — the test averages were often much higher than the homework average.

Rupp theorizes that the differences in scores reflect how homework can help to refresh the course material and help students figure out weak spots in their knowledge before an important test. Unlike the homework-optional people, who often crammed immediately before exams to soak in as much information at once as they possibly could, the homework-required group often got much more feedback as to what they were doing right and wrong over the course of the semester.

So what’s next? Rupp plans to conduct a similar study in chemistry classes to see if the same holds true for other academic fields of study. Sir, have you ever taken a chemistry class? Those things are intense as heck. Nobody is going to treat homework like it is optional there because they’ve all been warned that if they do, the personification of Science herself will take them into her mandibles and then snap them in two like a dried out twig. Maybe try an English class instead.