Here Is An Absolutely Huge Model Of Hogwarts Castle 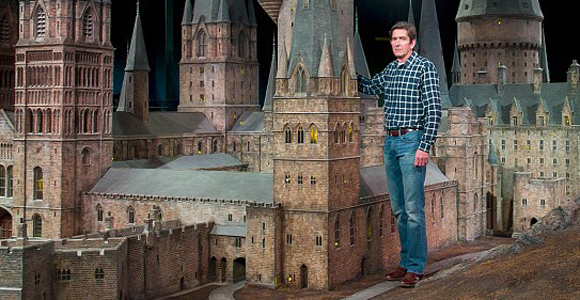 We know Oxford and Lacock Abbey in Wiltshire, England served for several of the location shots for Hogwarts in the Harry Potter films and although the castle as a whole is based on Durham Cathedral and Alnwick Castle, there’s no one structure that makes up the school for witchcraft and wizadry. That’s why they made a scale model. And didn’t spare any expense. Check this out: 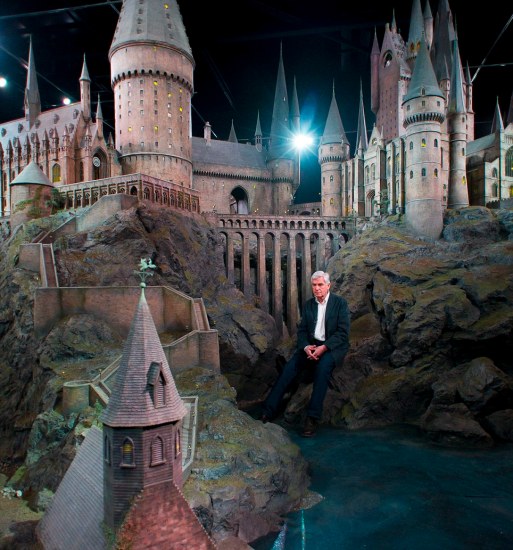 So why the big reveal now? Well, starting March 31, you can see it in person on the Warner Bros Harry Potter studio tour in London.

The three-hour tour will also take Harry Potter fans inside the Great Hall and Dumbledore’s office.

Visitors will also be able to step onto cobbles of Diagon Alley, walking past the the shop fronts of Ollivanders wand shop, Flourish and Blotts, the Weasleys’ Wizard Wheezes, Gringotts Wizarding Bank and Eeylops Owl Emporium.

Iconic props from the films, including Harry’s Nimbus 2000 broomstick and Hagrid’s motorcycle will be on display alongside life-sized models of some of the creatures from the films.

Other film sets included in the tour include the Gryffindor common room, the boys’ dormitory, Hagrid’s hut, Potion’s classroom and Professor Umbridge’s office at the Ministry of Magic.

But seriously, for me, the castle is worth the price of admission. “When all the time spent by 86 artists and crew members is added up, it took an incredible 74 years to build. Measuring 50 feet across, it has more than 2,500 fibre optic lights to simulate lantern torches and students passing through hallways,” writes the Daily Mail. “It even has miniature owls in the Owlery and hinges on the doors.”

Production designer Stuart Craig built the castle with a team of 86 artists and crew members for Harry Potter and the Sorcerer’s Stone though it’s been altered through the years. Craig said, “It’s pretty extravagant, I have to say.”

Now, where did I put that shrink ray…