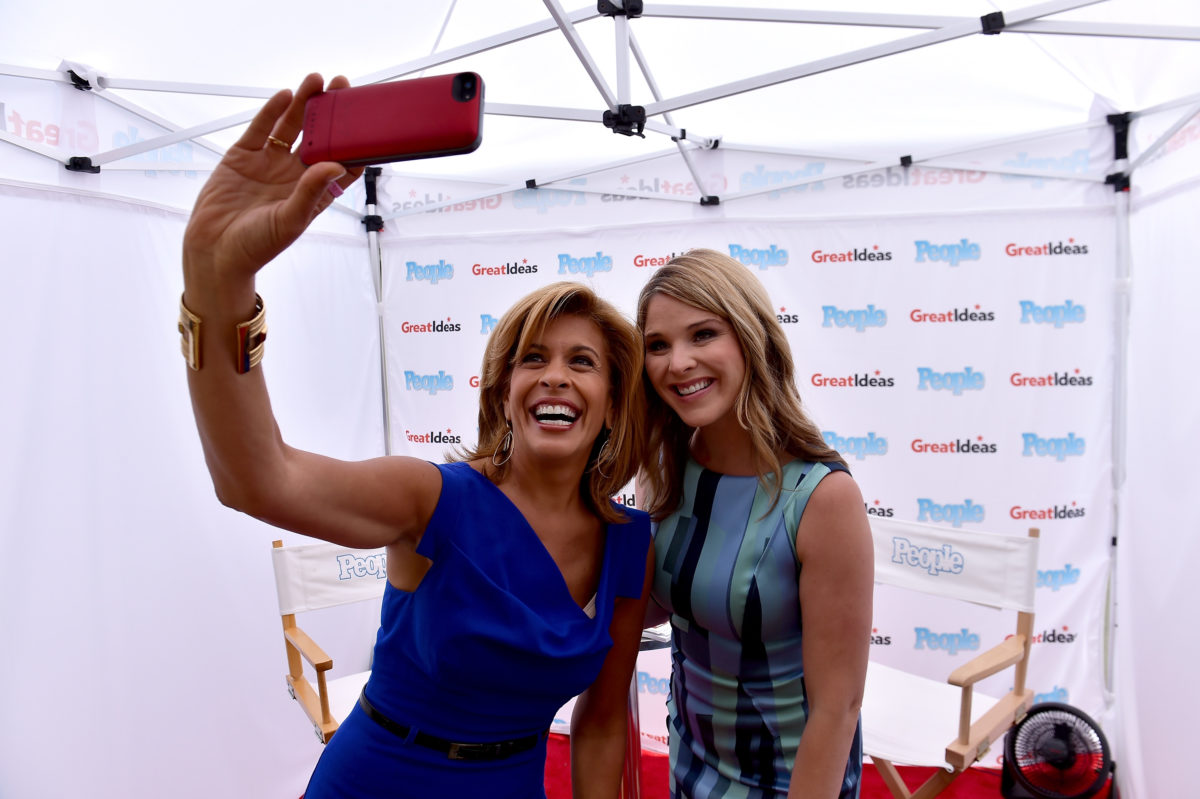 For a segment on their show Today with Hoda & Jenna, Hoda Kotb and Jenna Bush Hager weighed in on television before the two started intermittent fasting from 6 pm to 10 am, a popular diet fad. I’m not getting into the potentially negative health effects of intermittent fasting or why a lot of this is damaging to both the body and mind, because I want to focus on the act of their weigh-in itself and why that, to me, is extremely dangerous.

I grew up thinking I was overweight, and that the only way to change that was to not eat, so that’s what I did. There were periods where I would just eat toast once a day and then feel guilty about it until I pushed myself to run too far and too fast. To this day, I struggle when I see someone who weighs less than I do or if someone makes a comment on my body. Serious issues with food, weight, and the act of eating (or not eating) are all too common amongst many people, especially women, and the messages we receive from the media shape that narrative enormously. So for public figures Hoda Kotb and Jenna Bush Hager to get on a scale and tell people their weight, which are both completely normal for their heights/ages/lifestyles, so they can lose weight? Not the best move.

Kotb and Bush Hager got on the scales and announced their starting weight to their audiences, even commenting on who weighed more.

[email protected] and @jennabhager are starting their intermittent fasting tonight – attempting to fast from 6 p.m. to 10 a.m. They’re kicking things off with a live weigh-in! See what happened after they stepped on the scale at our link in bio. (📷: @photonate)

Now I recognize that this is considered brave (judging from the reaction of many Today Show commenters), as a woman sharing her weight with anyone is presented as a stamp of strength because that’s the society we live. But I feel we should be focusing on health and not a number on a scale, which is rarely reflective of what’s actually happening inside a person’s body. The problem with this is that these two healthy women are being portrayed as desirous of changing their weight to be healthier. Hoda Kotb and Jenna Bush Hager openly talking about fasting to lose weight is damaging not just to themselves, but also to their audience.

Hoda Kotb is 5’9″ and Jenna Bush Hager is 5’8″. The weights they displayed on the show were Kotb coming in at 156 lbs and Bush Hager at 171 lbs. Jenna Bush Hager, who just gave birth in August, was technically just 4 pounds over the “healthy” range, according to Healthline.

So, by the standards of healthcare professionals, both of these women are already healthy, and they’re standing on national television and saying that they need to fast to “be healthy”? It’s sending a worrying message to their viewership. Sure, there’s bravery in putting yourself on display like that no matter what, I recognize that. I would never weigh myself on television, and that’s because I couldn’t handle what people said about my weight. But I believe that both Hoda Kotb and Jenna Bush Hager need to recognize that being a healthy weight (which they both are) and claiming that they are going to fast “to be healthy” is not accurate.

If Kotb and Bush Hager had done a weigh-in segment simply to say hey, we’re here, we weigh this, and we’re fine with saying those numbers on national TV, end of segment, that’s an empowering message. But this had to come with the caveat of fasting thereafter. And in the segment, they approach the scales with trepidation, awkward jokes, and seeming shame at their numbers. If they wanted to personally experiment with intermittent fasting, they could have done so as an ongoing segment without the weigh-in. Numbers on a scale have very little to do with health, and it would have been far more responsible to have Kotb and Bush Hager, say, check in every now and then on TV with a doctor or a nutritionist to discuss these extremely sensitive topics.

If they want to eat healthy, they can talk about that without unnecessarily bringing weight into it.