This Is What the Real-Life Hobbit Looked Like; I’m Going to Assume They Had Hairy Feet, Too 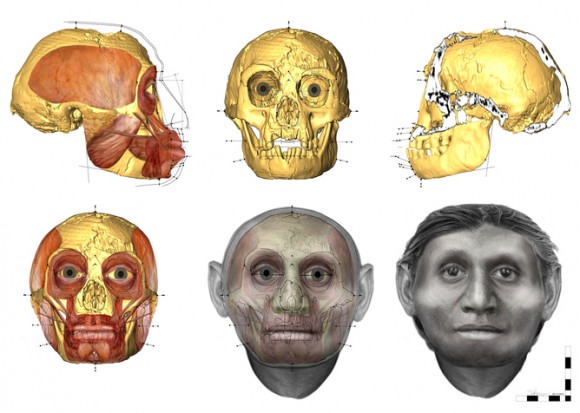 Australian anthropologist Dr. Susan Hayes has used some technological wizardry to give us a brand new look at hobbits. No, not capital-H Lord of the Rings Hobbits. These hobbits are Homo floresiensis, an ancient humanoid species given their Tolkien-inspired nickname due to their Hobbit-esque height of around three-and-a-half feet.

Hayes, who specializes in facial reconstruction, used technology more commonly used to help solve crimes to layer muscle and fat around a digital model of a female hobbit’s skull. The result, she says, is “not what you’d call pretty, but she is definitely distinctive.”

Well she’s no Rosie Cotton, I’ll give Hayes that.

Human evolution specialist Darren Curnoe, who calls the hobbit’s appearance, “surprisingly modern,” notes that while there have been artistic renderings of the hobbit done before, this is the first use of “a new approach founded in forensic science” that “can actually progress the ways we can understand what Homo floresiensis looked like.”

Curnoe also notes that while there has been controversy in the past regarding whether the hobbits were just a diseased offshoot of a different species, the general consensus now is that H. floresiensis is, in fact, a species of its own, though “precisely where it fits in the human evolutionary tree is still to be determined.”