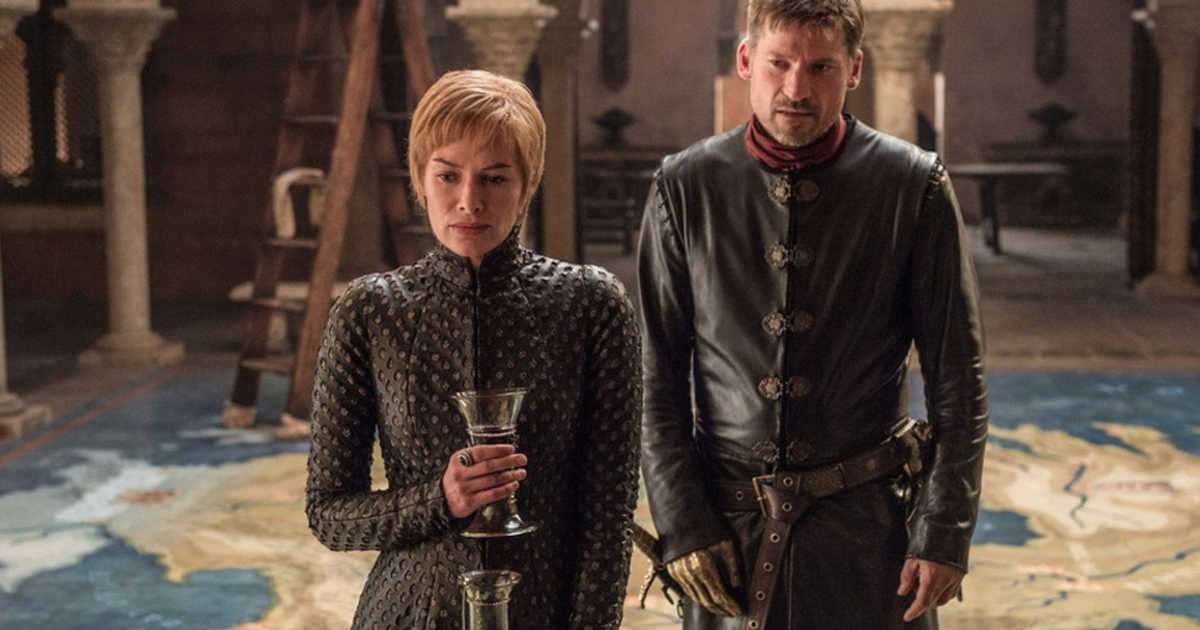 Throughout the seven seasons of Game of Thrones, audiences are shown a variety of gruesome sequences of violence and gore. Most of these are so fantastical that no audience members are likely to experience them in real life: being burned to death by a dragon, giving birth to a shadow monster, or having one’s head explode after a giant presses really hard on one’s eyeballs.

We feel sympathy or horror or discomfort watching these sequences played out in high definition on HBO in large part due to the wild unlikelihood that any of this could ever happen to us. Yet, the sexual assault that pervades the lives of the show’s female characters is not so far removed from the experiences of viewers.

According to recent statistics, roughly one in five women will suffer some sort of sexual assault. If it hasn’t happened to you, you almost certainly know someone to whom it has happened. This is not a new problem; people have been raped throughout all of human history, most often women victimized by men. George R.R. Martin has explained his frequent use of rape in his books as hewing to the vague concept of “historical accuracy” — women were assaulted throughout human history, so to exclude this reality from his books (and, by association, the TV show) would be to present an artificial reality, or so the logic goes. Of course, Game of Thrones is not a costume drama in the traditional sense. The events in the series never happened in human history (see above re: dragons), and to defend its use of rape on the basis of historical accuracy is to disregard, well, actual history.

Martin explained in a 2014 blog post that he wanted to make the world of Westeros as historically accurate as possible in order to make the more fantastic elements feel more grounded. The HBO adaptation of his work, created and run by David Benioff and D.B. Weiss, has not only included every incident of rape Martin wrote in his books, but has in fact added new female characters to sexually degrade and added new instances of sexual violence against characters who weren’t treated in this way in the books.

A 2017 study out of Trinity University found that 90% of teenagers interviewed felt that the sexual violence in Game of Thrones is historically accurate, despite also recognizing that the events of the show are fictitious. Something about the series—perhaps Martin’s goal of truly grounding the world—just feels true to viewers. The sense that women were both prized and brutalized is a pervasive narrative in much historical and fantasy fiction. This sense that women used to exist simply to bear children and die is a small piece of an overarching belief of how things used to be, which feeds into current right-wing panic about wanting to make things great again.

That’s not to say that Martin, or Benioff and Weiss, are working altruistically in order to illuminate the struggle of women in Medieval England. What they’ve done is more a way to include sex and bare breasts on a show that’s mostly about a political crisis. Sometimes the rapes help inspire male characters to reach moral epiphanies; sometimes the female characters don’t seem to realize they’ve been brutalized; all of these scenes remind us, and the characters, that in this world women—even rich women, even royal women—are not respected.

Certainly, sexual attitudes have shifted over the past several hundred years, but how much difference is there between a rape scene on Game of Thrones versus Law and Order: Special Victims Unit? The particular objectification and glorification of female sexual powerlessness is—far from historical—particular to our current era and culture.

None of that means that rape wasn’t at least as prevalent in the Medieval period as it is now, but it likely did not occur in such a pervasive, malevolent manner against every woman and girl the way it does to the characters on Game of Thrones. The women on the series, as often Queens and high-born ladies as peasants, seem to accept this as a fact of life in this brutal land. In actual Medieval history, rapists could be prosecuted—not that they were convicted with any more regularity than in the 21st century, but taking an attacker to court was an option, particularly for women with the money to afford a lengthy trial. Of course, nearly half of the women who brought charges up against men were themselves later charged for slandering the names of their attackers—plus ça change.

Martin stated to the New York Times in 2014 that “rape and sexual violence have been a part of every war ever fought, from the ancient Sumerians to our present day.” Know what else was? Dysentery, a gruesome intestinal infection that tended spread among soldiers on campaign as well as anyone who lived in a place where their water may become affected by human waste. Afflicted men would spread the disease around due to lack of hygiene, such as relieving themselves on the ground around the tents in which they slept, or from drinking contaminated water. Dysentery, along with other war-time scourges like cholera and plague, don’t show up nearly as often to offer “historical accuracy” to fictional narratives.

Childbirth was also a grisly, unhygienic experience in which both mother and child would often die—far from the hazy, romanticized flashback last season of Jon Snow’s (Kit Harrington) mother dying through a sepia-toned flashback in a Rapunzel-like tower. Blood infections, rotten teeth, bent limbs from broken bones poorly set—all historically accurate, but not as titillating as yet another scene of a nude sex worker being brutalized by this season’s villain.

Or, if the showrunners don’t feel like investing in a budget of prop diarrhea, they could always leave things to nature, i.e. showing any of the show’s frequently nude female characters to be in possession of visible body hair. For a show known for its willingness to go the distance to offer increasingly graphic scenes of violence and rape to be squeamish against these sorts of plotlines highlights the reason underlying all of this. Diarrhea and sepsis are too gross, too upsetting, too distasteful to air on HBO on a Sunday night. Sexual assault, apparently, is OK.

The War of the Roses, a nearly 40-year struggle for power that Martin has explained was a main inspiration for his work, was also the source inspiration for Philippa Gregory’s novels, The White Queen and The White Princess. As books, each included a rape scene that found their titular heroines assaulted by the men who they would later love. In adapting the books for television, producers Emma Frost and Gina Cronk respected both real history and the source material—and, crucially, the impact of these scenes on a 21st century audience.

In Gregory’s The White Princess, Lizzie (Jodie Comer) is raped by her husband, Henry (Jacob Collins-Levy), whose mother has ordered him to do so. In the show, Lizzie calls him out for his motivation, challenging him to take her by force, which makes him step back. When the couple does have sex, it is on her terms. History tells us that Lizzie gave birth to a baby just eight months after marrying Henry; the novel presumed it must have been due to rape, but the adaptation found another way to work within the historical facts. The TV versions of Lizzie and Henry share the names and overall life experiences of four real-life nobles. Yet, despite a stronger bonafide to claim historical accuracy, the series instead reimagined the sequences to prove the same storytelling point without depicting actual assault.

Any piece of media shows as much about the time and culture of its creation as it does about the world it invents. Martin, in his books, and David Benoiff and Daniel Weiss, in the TV series, are able to create a world full of magic, dragons, powerful and complex characters, and epic storytelling. They are either incapable, or unwilling, to imagine a world where women are respected, rather than having rape as the status quo.

The sexual assault in both the books and the show are sometimes important parts of the storytelling, which begs the question: Why tell this story so many times? Why not imagine a world flavoured like Medieval Europe, but in which women are treated as people? Why not, when adapting a book to film or television, question the author’s use of rape and subvert or exclude these scenes—or keep them off-screen? Martin provided a blueprint that the Game of Thrones showrunners have expanded upon, not only including every scene of sexual violence from the books but adding their own, or gruesome twists to those that already existed.