It’s Really Hard to Castrate a Hippo, but Vets Have a New Technique to Get the Job Done. Sorry, Hippos

Bad news for hippos, but also probably not great new for vets. 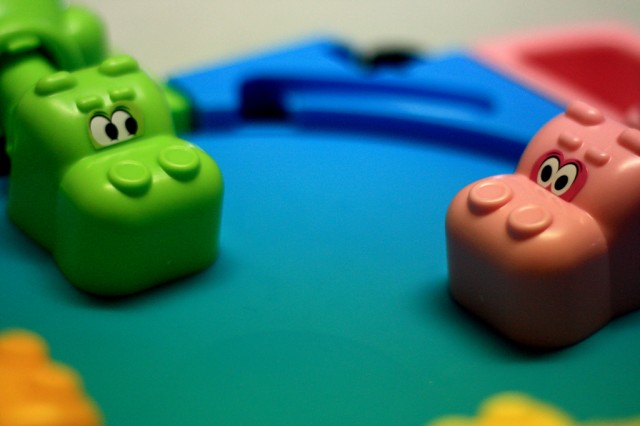 Unlike some species (looking at you, pandas) the common hippopotamus can reproduce very well in a zoo environment. Sometimes a little too well, creating the need for hippo birth control. Castration of males is a logical way to go, but until recently castrating a hippo was a lot harder than it sounds, and it already sounds really hard. Hippos are crazy.

Why is it so hard to castrate a hippo, besides the obvious fact that they are giant aggressive killing machines? Two words: hidden testicles.

A new technique developed by Dr. Christian Walzer from the Research Institute of Wildlife Ecology of the Vetmeduni Vienna and his team uses intra-surgical ultrasound to make a second search for the testicles possible. Walzer said of his new castration strategy (castrategy, if you will):

We used an adapted version of a castration technique commonly used for horses. In horses location is easier, because they have an external scrotum, but in hippos you cannot really see anything. We had not seen any previous reports of the use of ultrasound for locating the testicles, but this proved essential, because the location of the testes is highly variable and can change from one moment to the next.

It sounds like Walzer and his team were just really determined to get in there and castrate some hippos. It’s important to have goals.

(via University of Veterinary Medicine, Vienna, image via David Kury)