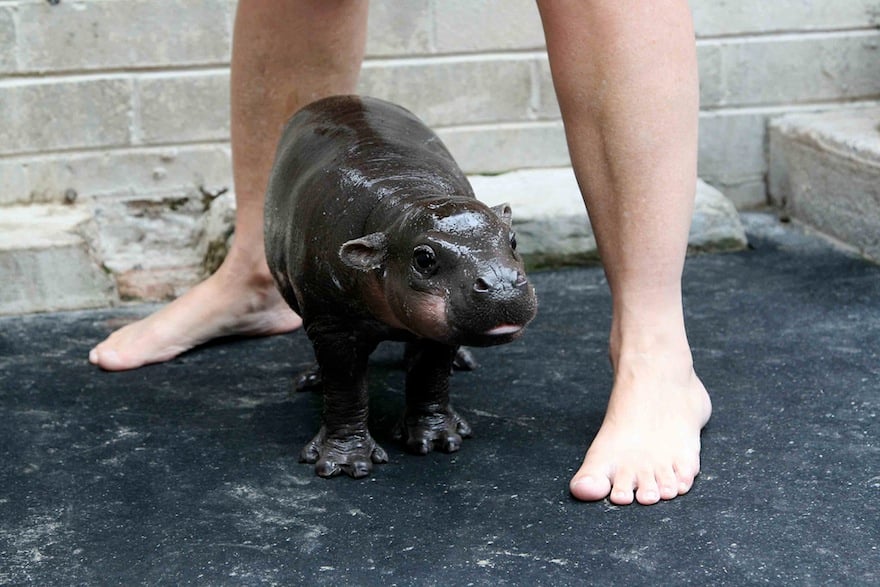 Adorable photo taken by zookeeper Bobby-Jo Vial at Taronga Zoo in Sydney, Australia. The pygmy hippo is an endangered species native to West Africa, and it is one of only two living species in the Hippopotamidae taxonomicfamily, the other being the more familiar common hippopotamus.