Testicles Have Taste Receptors, And They May Be Pretty Important To Fertility 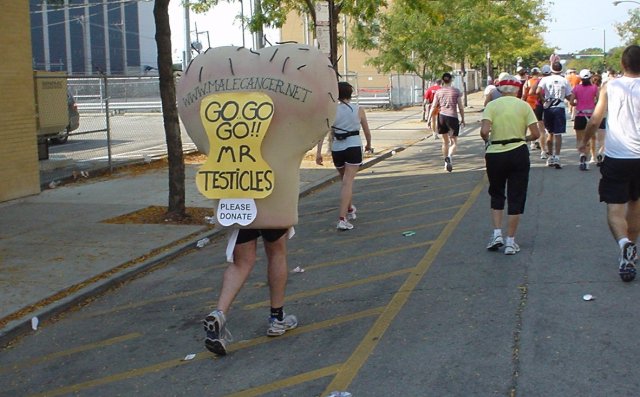 In a paper titled “Genetic loss or pharmacological blockade of testes-expressed taste genes causes male sterility” published yesterday in Proceedings Of The National Academy of Sciences, researchers showed evidence that not only are the taste receptors responsible for sweet and umami flavors found in the testicles, but they seem to be doing som very important work down there. Without them, it appears, mice can’t reproduce.

If you’re wondering how the researchers stumbled across that particular bit of information, don’t worry — they didn’t exactly go looking for it, which should be an immensely comforting statement on modern science. Instead, researchers were producing mice without those taste receptors for taste-related research. They didn’t remove the receptors in the mice, but blocked their function with drugs that humans use for high cholesterol. According the research team, that could indicate that those drugs affect human fertility as well.

Robert Margolskee, director of the Monell Chemical Senses Center and one of the researchers on the study, explains that while the data is interesting, it brings up more questions than it offers answers:

“We now need to identify the pathways and mechanisms in testes that utilize these taste genes so we can understand how their loss leads to infertility.”

That’s good news which means this research could lead to a better understanding of fertility and infertility in men. Or maybe that’s bad news. It depends on how you feel about having children. Either way, your testicles have taste receptors, which is the really important thing to keep in mind here.