Poll Says Majority of Americans Think Hillary Clinton Should Retire. What Exactly Do They Think She Does? 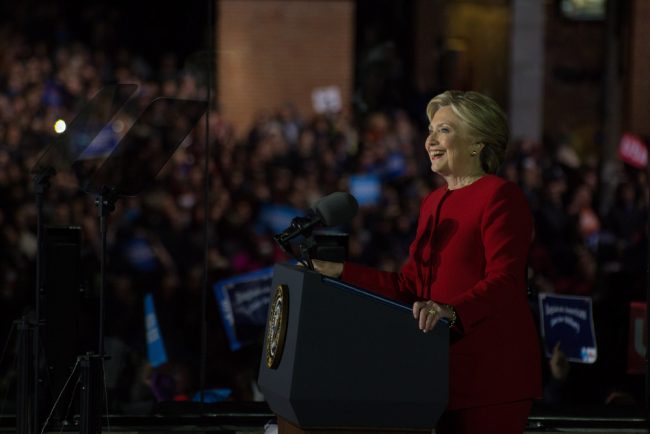 According to a poll released today, the majority of Americans–61%–think Hillary Clinton should retire. Beyond my initial reaction of “get bent” and my lack of surprise that this poll comes from a conservative website, there’s one pressing question here: What exactly do these people think Hillary Clinton needs to retire from?

I don’t want to give too much attention to one dubious poll, but this is an attitude we’ve seen before. If I had a nickel for everyone I heard criticizing Clinton in the months after the election for not doing as much to fight Trump as Bernie Sanders was, I’d have a fortune of rage. (Do people really not realize that she, unlike Sanders, is not a sitting U.S. Senator? I’m grateful that Sanders is doing his job, but it is his job.)

But let’s talk about retirement. If these people want Hillary Clinton to retire, is she not then allowed to do the things retired politicians do? Thinks like:

These are the things everyone else in her situation does. Yet for some reason (misogyny), people on both ends of the political spectrum are angry that she’s doing them. They’re angry that she’s sharing her experience; they’re angry she’s charging money in some instances to do so (despite the fact that her speaking fee is far lower than, say, Trump’s); they’re angry that they believe her very existence threatens to tear the Democratic Party apart. They cherry-pick excerpts from her book (like the strange prevailing belief that her entire memoir is about blaming Sanders for her loss) as examples of how out of touch she is, and how America would be better off if she just disappeared.

This take on a former presidential nominee is unusual, if not completely unprecedented. No one asked John Kerry or John McCain or Mike Huckabee or anyone else to vanish from the earth, lest their opinions destroy society itself.

But while this view may be spewed loudly and often by an angry minority, I do hold out hope that they are a minority, and that most people are on the team of Reasonable Humans:

I was going to criticize Hillary Clinton. But then I remembered she isn't president, she was treated like shit & it's just a fucking book.

It's almost quaint how many men think Hillary Clinton needs their permission to do whatever the fuck she wants.

Here's how a crowd in #UnionSquare reacted to seeing Hillary Clinton at her book signing today. https://t.co/TSZcGKz0Fn pic.twitter.com/xDKp1tVzsB