Do More Educated Women Lead to Fewer Children? Or Is it the Other Way Around? 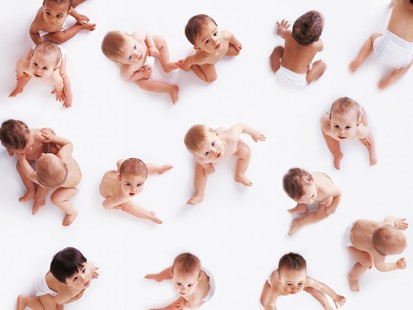 Here’s a “chicken or egg” question: Women who haven’t pursued higher education are shown to have more children starting at a younger age, while women who do have less starting at an older age. But is choosing higher education linked with choosing to have less children (a la Idiocracy, sort of) — or are women who have children while young unable to complete their education? A new study published in the Proceedings of the National Academy of Sciences is saying that having children early prevents women around the world from going back to school, that it’s not necessarily a case of women deciding against college in favor of starting families.

A major part of the study stems from demographic research in Norway, where it was found that the earlier women had children, the less likely they were to pursue more than their required education. Over 26,000 women were tracked, and the women who had children by the time they hit their mid-20s were “less likely to achieve a higher degree later in life than women who delayed childbearing until they finished their education.”

“It seems to be fertility that gets in the way of education,” says [Joel Cohen, head of the Laboratory of Populations at Rockefeller University and Columbia University]. “If the opposite were true, we would not have seen that the women who put off childbearing had so much more education than the women who bore children early.”

There are also the statistics concerning level of education and birth control and educated parents having less children at later ages, making it easier to have fewer children and make sure they pursue higher education. Of course, the older women become, the harder it is to have children. But why should women who want to have large families have to do so at the cost of educating themselves? While there are plenty of women who choose “the mommy track” and have no intention of going to college, this study is recognizing that there are still a lot of mommies who felt compelled to deny themselves an education despite a desire to obtain one.