Don't let the wampas out! (And you thought we would make a Frozen joke.) 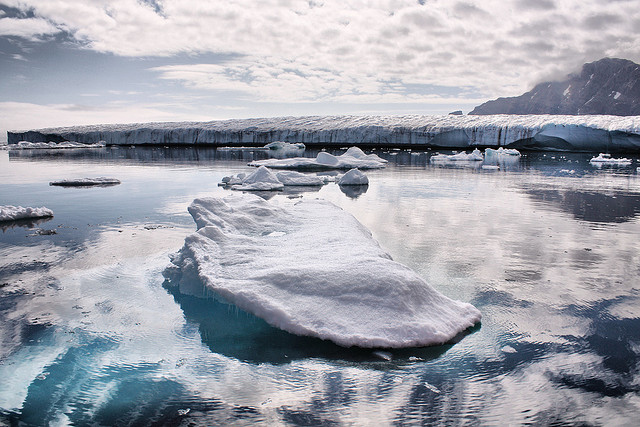 80% of Greenland is covered in an icy tundra that formed almost three million years ago, but apparently there’s a lot more green hidden by the inhospitable landscape than previously thought: scientists have found an “antique” world 10,000 feet beneath the ice’s surface and remarkably preserved by the country’s natural ice box.

A study published yesterday in Science says that organic soil once covered in forest has been hidden for millenia by Greenland’s ice sheets. io9 quotes Lee Corbett, co-author of the study, as saying:

The traditional knowledge about glaciers is that they are very powerful agents of erosion and can effectively strip a landscape clean […] We demonstrate that the Greenland Ice Sheet is not acting as an agent of erosion; in fact, at its center, it has performed incredibly little erosion since its inception almost three million years ago.

Not only did the ice sheet spare the prehistoric world (which I now dub Cox Kingdom), the team’s study posits that the glacier was actually responsible for its preservation.  Lead study author Paul Bierman explains that

Rather than scraping and sculpting the landscape, the ice sheet has been frozen to the ground, like a giant freezer that’s preserved an antique landscape.

Greenland’s ice sheets are of particular interest to geologists since the rate at which they are impacted by climate change may foreshadow the fate of the world’s other ice glaciers. Says Bierman,

if we keep on our current trajectory, the ice sheet will not survive[…]And once you clear it off, it’s really hard to put it back on.

There you have it: if you’re a horrible gas guzzler who’s been waiting for a” good enough” reason to care about assuaging global warming, protecting Greenland’s hidden world is another item to add to an endless list. And preventing whatever monsters are living inside it from getting out.

(via io9, image via Christine Zenino)