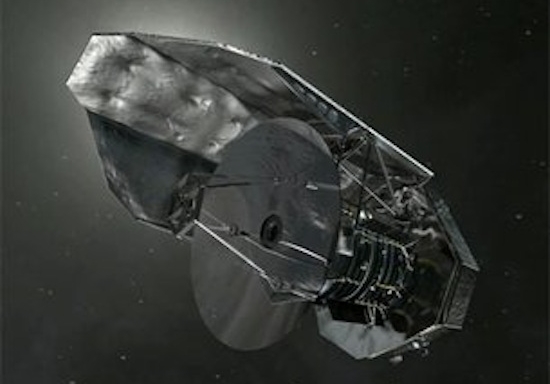 Since it’s launch in 2009, the European Space Agency’s Herschel Space Telescope has treated us to some truly amazing images of space. All good things must come to an end, though, and the ESA’s shiniest toy is just about out of time. Sometime in the next couple of weeks, the liquid helium tanks that provide coolant for the telescope’s impressive instrumentation will run dry, marking the close of a good run for one of the most powerful instruments ever used to capture images of space.

While it’s strange to think that a lack of coolant could be the death knell for a craft operating in space — which is notoriously chilly — but because of the power and delicacy of its infrared cameras and spectrometers, the instruments on the Herschel have to be kept at a temperature close to absolute zero. While there’s no reliable way to predict exactly when the telescope will run out of coolant, researchers will know when the process starts. Without coolant, the heat of instruments on the Herschel will begin rising dramatically within hours. Once that process starts, the Herschel will be nothing more than one more piece of space junk — albeit one with an impressive pedigree.

Herschel will leave behind quite a legacy, though. Even as it wraps up its workday before retiring to a stable “parking orbit” around the sun — the space craft answer to a condo in Florida — astronomers will be going through the reams of data the infrared telescope provided for yours to come. Researchers familiar with the mission like Project Scientist Goran Pilbratt say they’ll be working on analyzing the data gathered by Herschel for much longer than it was actually in the sky:

In fact, the peak of scientific productivity is still ahead of us, and the task now is to make the treasure trove of Herschel data as valuable as possible for now and for the future.

Stay tuned for a collection of some of our favorite images from the Herschel’s three year mission coming soon.