Too Beautiful for This Universe: Herschel Space Telescope Shuts Down for Good 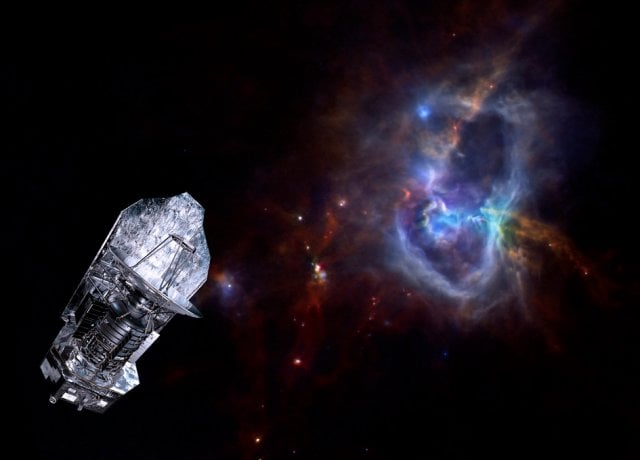 As a journalist, I strive to keep a pretty open mind and not be too rigid in my thinking on a lot of things. Like anyone, though, I have a few things I believe in very strongly, and one of those things is that there is no such thing as “too many space telescopes.” I just don’t grant the thesis that there can be too many ways of looking out into the inky void of space and helping us to better understand the universe we live in, all while capturing images that can’t help but stir even the most jaded observer.

Since there’s no such thing as having too many space telescopes, the loss of one is always a blow. So it’s with great sadness today that we bring you news of the passing of the Herschel Space Observatory. After more than three years of dutiful service to astronomers and appreciators of the beauty of space, the telescope’s supply of liquid helium coolant has run dry, and the telescope is officially out of commission.

We’ve had months to prepare for this news, but that doesn’t make it any easier to take. The news of Herschel’s passing was first seen by its ground communication station in Australia, which saw a dramatic spike in the temperature readings of every one of the telescope’s instruments. That was the final indication that the craft’s supply of  liquid helium, which kept Herschel’s delicate tools humming along at a temperature near absolute zero, had run its course, signaling the imminent demise of the telescope.

While its work as an eye in the sky is done, the new discoveries that come out of its mission should keep rolling for a while. After gathering more than 25,000 hours worth of data — much of which hasn’t been explored yet — the backlog promises to keep researchers busy for years to come. We sure hope so, as the European Space Agency’s next space telescope — a collaboration with NASA that will be on the lookout for dark matter — isn’t scheduled until 2020. Luckily, the agency’s other projects, like their contributions to the ISS and the Very Large Telescope array they’ve spearheaded in South America, should provide plenty of new data on the state of the universe in the meantime.

While we’re waiting, let’s celebrate Herschel’s life rather than mourning its passing. We can’t think of any better way to do that than by spending a moment looking at some of the amazing images it sent back to those of us still confined to a terrestrial lifestyle. Good night, Herschel. You will be missed.