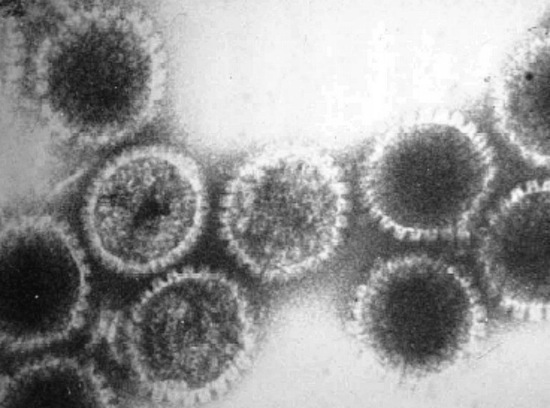 Today, a study in the journal Neurology brings the surprising news that having herpes could be even worse than you think it is. The chronic, cold sore-causing virus may also wreak havoc on the brain, with a recent study conducted by Columbia University and the University of Miami suggesting that people suffering from high levels of infection with herpes and other common viruses may be more likely to suffer cognitive decline as they age than their uninfected peers.

It’s not just the common cold sore herpes virus — herpes simplex type 1 — that seems to cause cognitive impairment in the long term. Researchers also looked at subjects’ exposure to herpes simple type 2 — which causes genital herpes —  and cytomegalovirus, as well as bacteria like the respiratory infection Chlamydia pneumoniae and the stomach bacteria Heliobacter pylori.

Patients full exposure to these diseases was termed their “infectious burden,” and subjects with a higher burden also had a 25% higher chance than their peers of scoring below average on a mini-mental state exam, a short test used by researchers to discern cognitive impairment by testing math, memory, and basic motor skills. The results were most stark in subjects who didn’t get much exercise in addition to having a high infectious burden.

That last detail suggests to researchers that chronic infections could increase inflammation over the course of a patient’s life, leading in time to brain damage and dementia. Since regular exercise has been found to counter inflammation, the fact that the most serious impairment was found in sedentary patients could mean their inflammation has been worse over time.