Her Universe Flips the Script, Unveils Guardians of the Galaxy Shirt With No Men on It 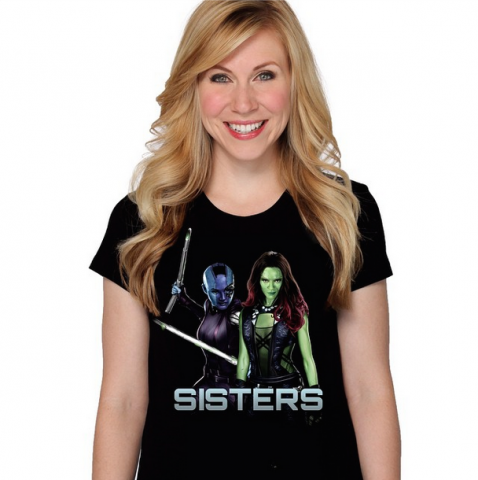 Her Universe knows better than most: The girl on the team should never be left off the shirt. But in order to make up for all the merch out there without Gamora on it, the company has decided to give her and her sister, the most prominent female characters in the film by a wide margin, their very own shirt. I’m sure they’ll get along great on it. According to their Instagram post, the shirt will be available “soon,” which probably means we can also look forward to other Guardians of the Galaxy-based clothes from Her Universe.