And after 'Wonder Woman,' can you blame them? 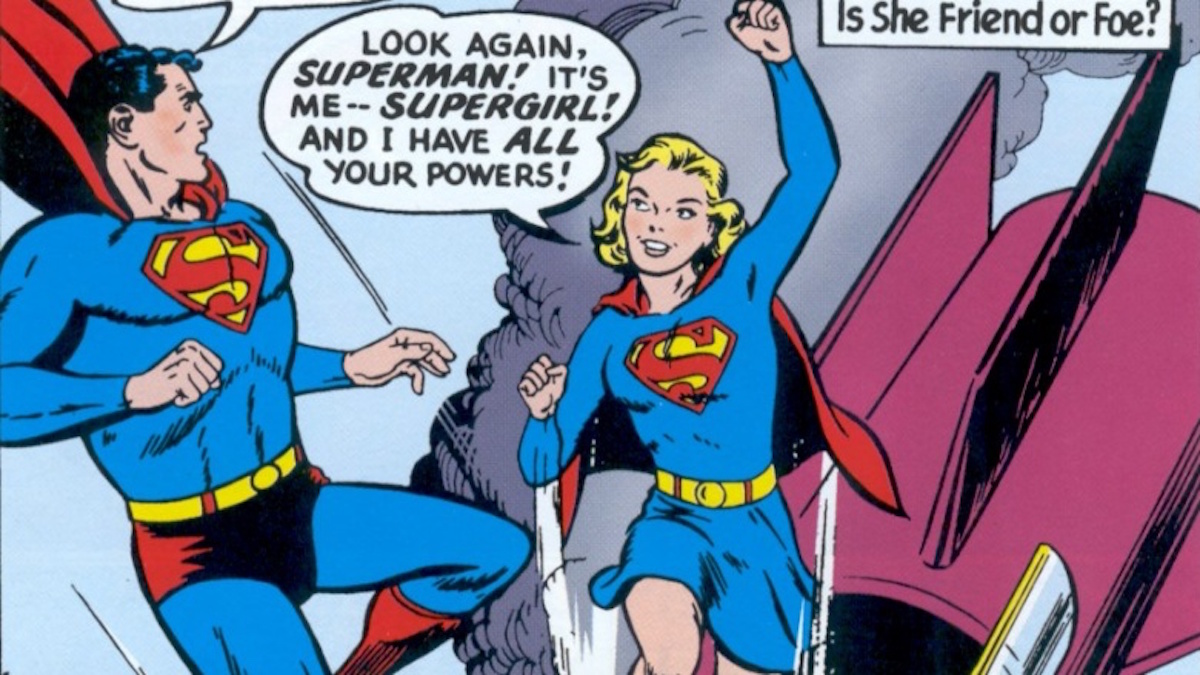 Today, the voices of a great many Superman fans cried out in terror and were suddenly silenced as Henry Cavill reportedly has left the role of Clark Kent behind. This comes on the heels of the potential loss of Ben Affleck as Batman. The DCEU is dropping actors left and right, which sort of makes sense given how divisive and just plain not that good Man of Steel, Batman v. Superman, and Justice League turned out to be.

The only member of DC’s holy trinity that currently seems to have no plans to leave is Gal Gadot as Diana Prince, which makes sense since she received critical acclaim for her performance in Wonder Woman (which also earned DC high praise and some serious box office returns).

It seems as though Diana might be leading a new kind of cinematic universe once the dust settles, as reports from Deadline are now saying that DC’s big Super-focus will be on the upcoming Supergirl film, rather than focusing on her cousin Kal-El. Deadline first reported on the film back in August, with Oren Uziel working on the script; no word yet on whether or not DC would be considering bringing a female director on to helm the project, though given Patty Jenkins kicking ass and taking names it wouldn’t surprise me.

This also follows the Birds of Prey movie news, which will see Margot Robbie’s Harley Quinn paired with a female director, Cathy Yan, and an ensemble of female characters. Thankfully, Joss Whedon is off the Batgirl movie, so it’s time to start courting some female writers and creatives for that.

There are several male-led projects in the works at DC — Aquaman comes out later this year, production on The Flash with Ezra Miller starts next year, and there’s still Shazam, the untitled Joker movie and Matt Reeves’s The Batman — but we could be seeing a complete overhaul of the DCEU that is centered around female characters, or at the very least a Justice League that isn’t just made up of mostly white, straight men.

Supergirl could take her cousin’s place in the League’s ranks, though there are also rumors that DC was considering recasting the Superman role with Michael B. Jordan (please oh please let that be true). Rumors are swirling about Oscar Isaac being offered a mysterious new role in The Batman, and who’s to say he’s not played the Caped Crusader himself?

But should DC be tabling Superman for a while to focus on Supergirl, that would show that the critical acclaim and box office gold that made Wonder Woman one of the top films of 2017 made a big impact at DC and Warner Bros.

Jenkins had a lot riding on her as the first woman to direct a major superhero film for one of the big franchises, and she stuck the landing. Similarly, Diana had to carry not only the weight of the world but the weight of the fact that previous female-led superhero films were written off as being terrible and used to shut down other superheroine projects. DC might be learning that having a good story, and not just centering on two broody white men who hate each other, is the key to box office success.

Time will tell what the DCEU’s next move is. They could be heading for a complete revamp with new casting and putting their female heroes and antiheroines front and center. DC’s women have always been a large and successful part of their marketing, with DC’s Super Hero Girls inspiring other female-centric additions to franchises such as Star Wars: Forces of Destiny. We could see a change in the way major superhero franchises re-center their stories, and if that is the real legacy of the DCEU then I’ll take back nearly every negative thing I’ve said about them. Mostly.

Now, give us a movie where Diana, Kara, and Barbara all team up to fight evil and we’ll have a real winner. Do it, DC.