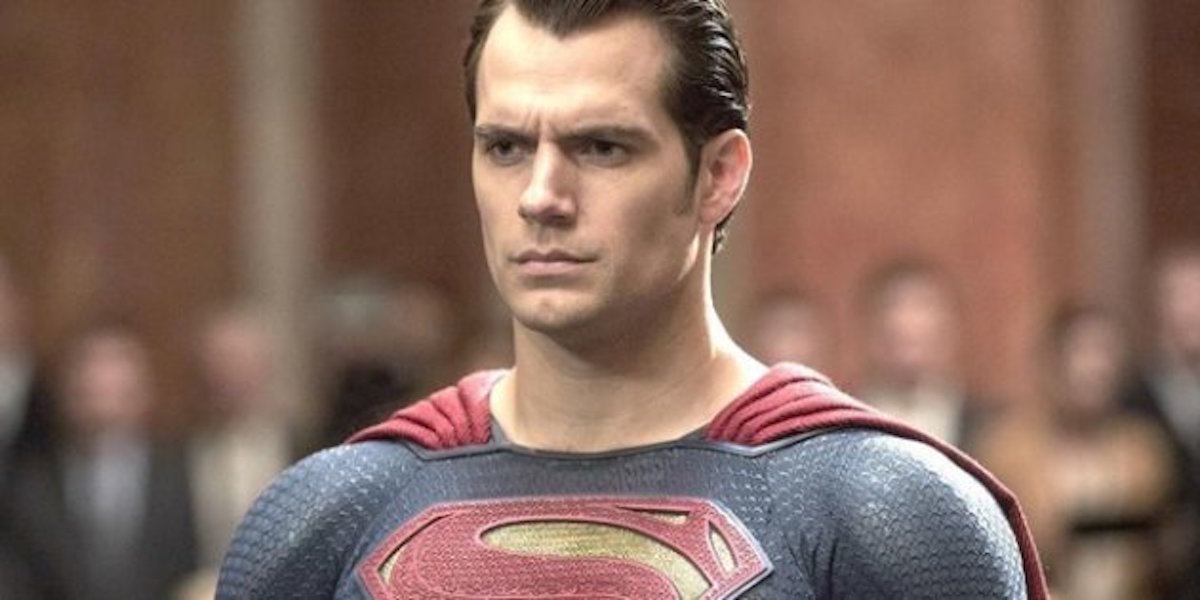 The Warner Bros. rumor mill has just got another go-round, as The Hollywood Reporter is claiming exclusive inside info—though neither side of the issue has yet commented—that Henry Cavill is exiting as the Man of Steel in upcoming DCEU movies.

According to the exclusive “contract talks between Cavill’s WME reps and Warners broke down, and the door is now closing on other potential Superman appearances.” This was done to try and get Henry Cavill to appear in the upcoming Shazam movie, which makes sense considering the epic Shazam vs. Superman fight that takes place in the comics. They probably wanted to set the foundation for that eventually happening.

They are saying it was due to scheduling conflicts, but in my mind, Cavill was like, “Did you see the thirst I got from popping my arms in Mission Impossible? Better give me my money.” (Or he saw an opportunity to get off of a sinking ship.) Considering the messy nature of the DCEU right now, I can understand why the studio would rather get rid of Cavill than give him more money. Especially since it appears they are pushing forward with a Supergirl movie:

“That’s because the studio has shifted its focus to a Supergirl movie, which will be an origin story featuring a teen superheroine. This effectively removes an actor of Cavill’s age from the storyline’s equation given that Superman, aka Kal-El, would be an infant, according to DC lore.”

Considering there is a super successful television version of Supergirl right now, I’m not exactly sure why they are doing this, but I guess they would rather try to replicate success than actually take some creative risks—not like there is a whole universe of characters to choose from or anything. I mean, the Arrowverse launched itself with Green Arrow for goddess sake.

That all combined with scheduling issues, since Cavill will be in Netflix’s The Witcher series getting that sweet streaming money. This means that both Cavill and Affleck will be out of the roles that kicked off the current DCEU, and the DCEU reset button is almost fully pressed down.

I’m not going to lie; this news is disappointing on multiple levels. I may not have liked Man of Steel or BvS, and feel like Justice League simply wasn’t as bad, but Henry Cavill wasn’t the problem with this version of Superman. It was the writing. Justice League proved that with the right material, Cavill could do well in the role and be the charming and charismatic lead those of us who watched him in The Tudors knew he could be. Cavill worked in the DCEU; it just didn’t know how to write the man behind the S.

“There’s a recognition that some parts of the previous movies didn’t work,” according to the studio insider. Well, I hope that extends to the writers, because even not being a fan of Ben Affleck as Bruce, there is no denying that the script made him into a total tool bag. If they are going cut actors, they’d better be bringing in some writers and directors who understand the superhero genre beyond Watchmen (if even that …) and other deconstruction-style narratives.

This doesn’t mean, however, that everything is gone. Gal Gadot is still returning for Wonder Woman 1984, in November 2019. Jason Momoa’s solo Aquaman movie arrives this December, and Ezra Miller (blessed) is on board to star for the Flash movie, which is expected to begin shooting in early 2019.

So we will see in December if Aquaman will be the second hero to save the DCEU from eating its tail completely. I have faith. MY MAN!

What do you all think? If this rumor is true, will you miss Cavill in the cape? Let us know below.

Updated:  The Hollywood Reporter has updated their original story with this statement from a Warner Bros. spokesperson.

“While no decisions have been made regarding any upcoming Superman films, we’ve always had great respect for and a great relationship with Henry Cavill, and that remains unchanged.”