Perfect Thanksgiving Gift: A Hello Kitty That Turns Into A Cooked Turkey 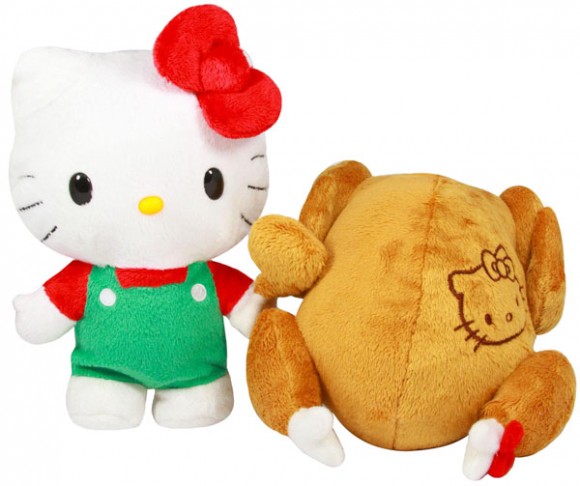 Look, I’ll be the first to admit, I’ve got a strange imagination but I’d really like to meet the person who came up with this. It’s a Hello Kitty Reversible 8″ Plush: Turkey style. Yes, the thing on the left turns into the thing on the right. Want to see it in action? There’s a video after the jump.

You can purchase it for $28, or, if you prefer, there’s a hamburger version where the bun actually looks like Hello Kitty.