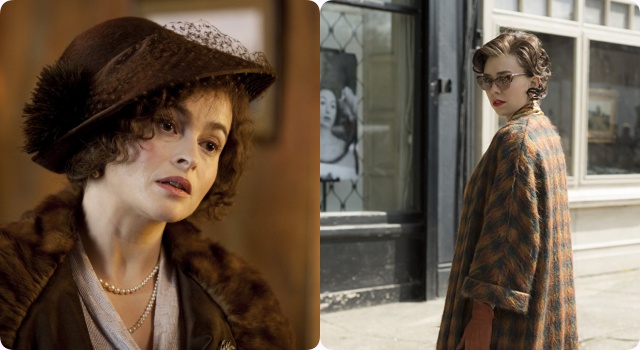 One of the most tragic things about The Crown was the news that after this current season they would be changing up the cast in order to properly portray the later years of the monarchy. Losing any of them would already be a shame, but Claire Foy as Elizabeth II and Vanessa Kirby as Princess Margaret are the two deepest cuts.

Kirby, especially this past season, did a masterful job as the character capturing the sadness and entitlement of the character. Still, when news broke that  Broadchurch actress Olivia Colman, would be playing the Queen that helped and now news has broken that Helena Bonham Carter is all but confirmed as Princess Margaret. I think we are going to be alright guys.

Throughout her career, Helena Bonham Carter has already played a few British royals: Anne Boleyn, Lady Jane Grey, and Queen Elizabeth, The Queen Mother. Now, she may add another to her roster.

According to People, Carter was reportedly at first being considered for the role of Queen Elizabeth, but it was eventually decided that Margaret would be a better fit for the star. And I agree, while Helena Bonham Carter has played restrained and refined roles before and could easily step into the shoes of Elizabeth, I think that she also could bring her natural mischievousness to Margaret.

Losing Kirby, however, is still going to hurt and she feels the same. “I was desperate to carry on,” she said. “I was like, ‘Right, Peter, what do you want me to do? I’ll smoke a million cigarettes in real life, I’ll do anything to age myself…’ I’m gutted.”

Not to mention it will give older female actresses a chance to play these roles rather than just aging up a young actress. It’s the right move and so far two of the choices look spectacular. We will still be waiting to see who will play Prince Phillip, Prince Charles, etc.

These upcoming third and fourth season will have a lot of interesting things happening in them and while we are  not entirely sure how far into history they will go there is a lot to touch on:

What are you looking forward to in the upcoming seasons of The Crown?