Helen Mirren, Dressed as the Queen of England, Stormed Outside During a Play to Tell Off Noisy Street Musicians 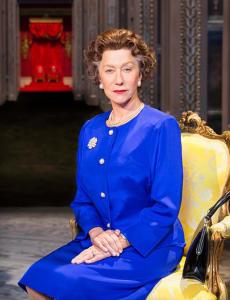 “I’m afraid there were a few ‘thespian’ words used. They got a very stern royal ticking off but I have to say they were very sweet and they stopped immediately… The drumming just slowly got louder and louder and then settled right outside the stage door. There was just a thin wall between drumming and the theatre so it was unbelievably loud on stage. Paul Ritter and I could hardly hear each other speak and the audience couldn’t hear us speak at all… I thought, we can’t carry on like this, they have to stop. I was so upset from struggling through the scene with Paul that I literally walked straight off stage, straight up the stairs and straight out the stage door and banged my way through the crowd who were watching and said ‘stop, you’ve got to stop right now’ only I might have used stronger language than that. They were very sweet and stopped the minute they knew I wasn’t just a batty old woman haranguing them on the streets of Soho on a Saturday night.” — Dame Helen Mirren. Apparently if you interrupt a play she’s in by drumming right outside the theater she will not hesitate to tell you to STFU. Best part? She was playing the Queen of England at the time.