Monday Cute: Sanrio’s New Red Panda Character Who Loves Heavy Metal Is You, Me, and Everyone We know 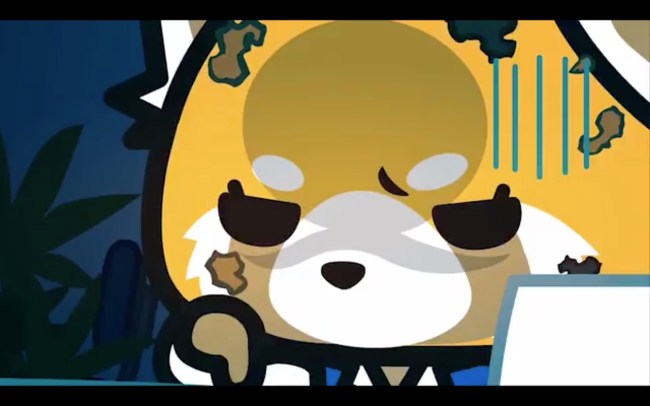 If your childhood spanned any part of the 90s, then chances are you know exactly who Sanrio and their Hello Kitty crew of characters are. What you might not know is that Sanrio is also behind some of the more absurdist Japanese characters to come out as of late, including Gudetama, the lazy egg (you’ve likely seen the emojis of the sleepy little yolk). Now, you can get to know Aggretsuko, a red panda who, by day, toils away at an office job under a boss who’s kind of a jerk. But by night, she’s a total heavy metal karaoke hero.

Go ahead and let those last four words really sink in. Yeah, right?

Introducing, #Aggretsuko! She’s a Red Panda who works as an office associate of a trading company in Tokyo. Watch this video to learn more! pic.twitter.com/wwh79GzRw4

Aggretsuko is, and I can’t stress this enough, totally all of us. We’ve all been in her shoes before. We’ve all had jerky-jerk bosses who make work a living heck, and we’ve all turned to letting out our aggression one way or another. Personally speaking, I found much catharsis a few years back in forcing people to listen to me sing The Killers songs at a karaoke bar in a somewhat seedy part of San Francisco. That was my life.

This is also Aggretsuko’s life.

According to the video above, Aggretsuko is a 25 year old female, Scorpio, blood type A. The video also sets up a pretty dire portrait of Aggretsuko’s life, explaining: “This wasn’t what she expected… during her 20’s, the prime time of her life. Surrounded by many unique characters… what will happen to her? Despite her cute appearance, something deep within her is…” well, the video doesn’t say exactly, but given what you already know about her, I’m very sure you can guess what she’s harboring deep inside.

Anyway, if you’re already a fan of Aggretsuko, why don’t you join me in buying all the Aggretsuko merchandise that Sanrio already has up for sale?