DC Comics Resurrects He-Man, Starts Off With the Awesome Hordak 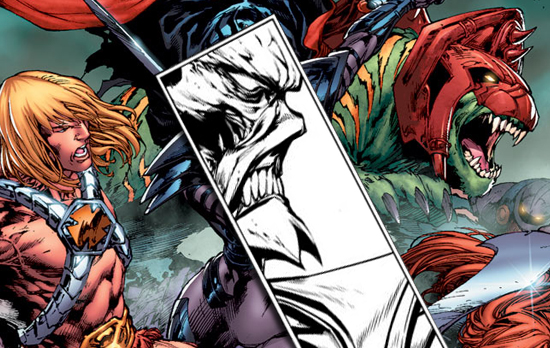 I’m all about there being more things that there aren’t enough of. Superheroes dominate the world of comics, and that’s fine, but I always felt there weren’t enough comics in other sci-fi/fantasy subgenres. It’s getting much better, though, and I’m personally stoked to see He-Man — you know, blond Conan in space sans the womanizing — return to the world of comics in April. Masters of the Universe (MotU) is the perfect blend of science fiction and fantasy: Swords, spaceships, magic, pseudo-science, laser guns, and crazy doomsday devices. DC Comics picked up the reins and announced the new series in January, but now they’re showing off some artwork from the first issue. Folks, Hordak’s back, and he’s getting scarier.

It’s kind of a reboot, because this is the age of reboots, but I don’t mind in the least. MotU spawned from the overly-moral ’80s cartoons, and it was chock full of cheesy names and goofy plots, but it was also a wealth of creative fiction and lore worth carrying on. I don’t care if they mix things up. He-Man is back.

Written by comic legend Keith Giffen and illustrated by Pop Mhan, the new series starts off with an incursion into Eternia by Hordak. That’s right, not Skeletor! Maybe he’ll come later? Hordak was, after all, once Skeletor’s master. Didn’t know that? Doesn’t matter!

Here are some of the new shots: 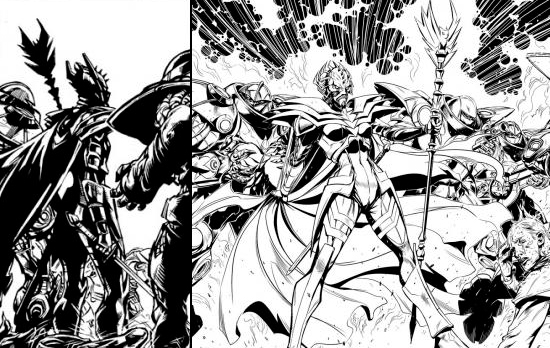 And check this: They’re also bringing back She-Ra, but the Princess of Power’s probably not going to be the girly heroine she used to be. Now’s she’s a villain. Known now as Despara, she’s described as “one of the evil Hordak’s most deadly weapons.” Which sounds great and actually jibes with MotU canon. She-Re is He-Man’s sister (unbeknownst to him at first), who was raised by Hordak as Force Captain Adora. What physical form she’ll take now we don’t quite know yet. April!

This isn’t going to be your dad’s He-Man or your mom’s She-Ra (or vice versa). I expect it’ll be grittier, more serious, maybe even…bloodier? That would be mind-blowing. 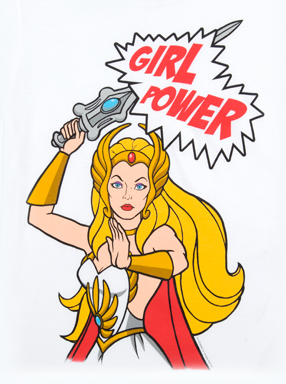 "Suck it, Xena. I was a 'warrior princess' before it was cool."

(via DC Comics, images courtesy of DC Comics and theshirtlist.com)