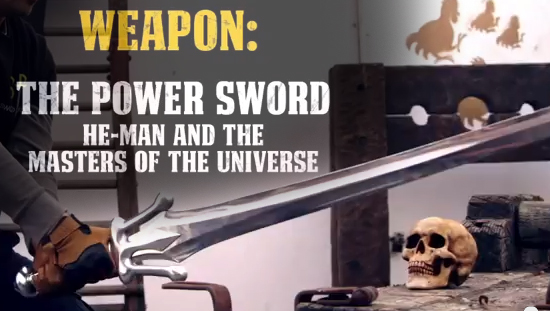 Oh, hell yes. Tony Swatton is a blacksmith by trade, and he’s made weapons for scads of movies and TV shows. Swords for Game of Thrones, cutlasses for Pirates of the Caribbean, Batarangs for Batman, and so on. But now he’s turned his craft– and his YouTube series, Man At Arms — to the ultimate weapon of the universe. Swatton has forged He-Man’s Sword of Power.

This 36-inch blade is no joke. In the video, Swatton clarifies that this is the real deal. Despite the fact that he’s made aluminum swords for hundreds of films, mostly to be used by stunt men, this one could kill.

“This is not a prop sword,” he says in the video. “This is a properly heat-treated, high-performance steel blade that would sheer through anything. Skeletor doesn’t stand a chance.”

Presumably, the blade is also imbued with the powers of Castle Grayskull, and that this video was okayed by the Sorceress.

The most amusing part of this video is the montage at the end where they put the Sword of Power to the test, cleaving through faux skulls, rubbery heads, and car parts — acts of destruction He-Man would never sign off on. He uses the Sword to transform from Prince Adam to He-Man, as an all-purpose leveraging tool, and for shattering evil artifacts.

I don’t think he’d even hit a combat dummy with it. No, he’d pick up the combat dummy and throw it in a pond. That’s about it.

The video description includes this note: “Tony Swatton and Man At Arms have no connection to or involvement with the Masters of the Universe franchise.” Whatever you say, man. The coincidence sure is strong. 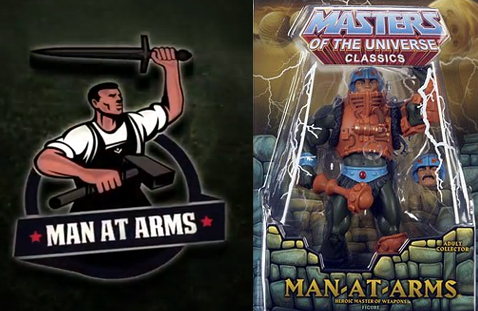 “I like He-man. And I do She-Ra’s sword for walk-around characters for Mattel at Comic-Con, but they hadn’t approached me for He-Man yet. They probably will this year.”

She-Ra’s sword? The Sword of Protection? Look, I am mightily impressed by Tony Swatton’s work, and more impressed by his decision to recreate the Sword of Power on his own like this. But “there is a balance to the Universe which must be kept,” as Zodak the Cosmic Enforcer says. And to maintain that balance, Swatton absolutely needs to forge Skeletor’s Energy Blade. 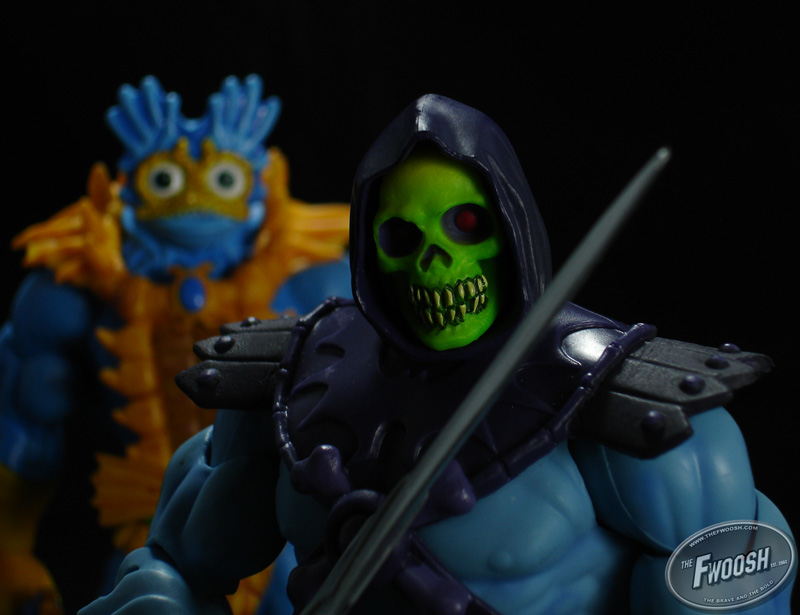 Or better still, his Havoc Staff!