All the gold in Casterly Rock couldn't pay for that! 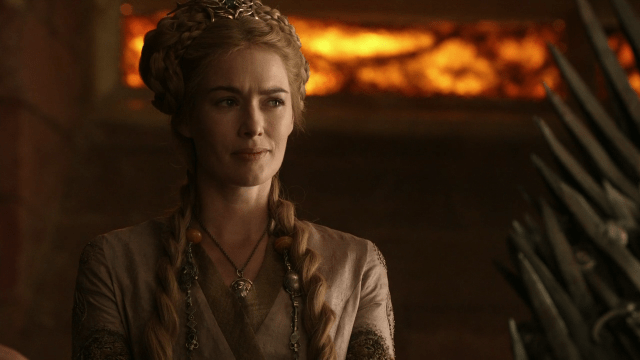 So you know that Game of Thrones scene that a church in Croatia forbid HBO from filming on their premises? Well, they worked it out, and the four day shoot on the scene just wrapped. Guess how much they had to spend to make it happen? Go on, guess. It’s a lot of HBO subscriptions worth, I’ll tell you that much. (Spoilers for season 5, of course).

Okay, you ready? $50,000 a day. Which they’ll make back considerably if any of the extras leak nude pictures of Headey: everyone was required to sign a confidentially agreement with a $250,000 fine. The exorbitant cost, in fact, was due to the 200 security guards they’d hired to keep the set protected during filming—which makes sense when you consider that most of it involves Cersei Lannister walking through the streets of Dubrovik, Croatia totally nude.

Now, this seems like a lot of trouble to go through for someone’s boobs (although if anyone deserves that extravagant level of security , it’s perfect goddess queen Lena Headey). If you know the scene in the books, though, there’s actually a lot that could get out which would have nothing to do with Cersei’s breasts. You know, like , for example, or even . I can see why they’d want to keep that last one a secret, given the wide-reaching implications.

One thing we need to ask, though: what does this mean for the dragons? Cuz I am not dealing with another season where they get kidnapped or whatever so HBO can skimp on the CGI budget, I am telling you that right now. I demand dragons, HBO! DRAGONS.