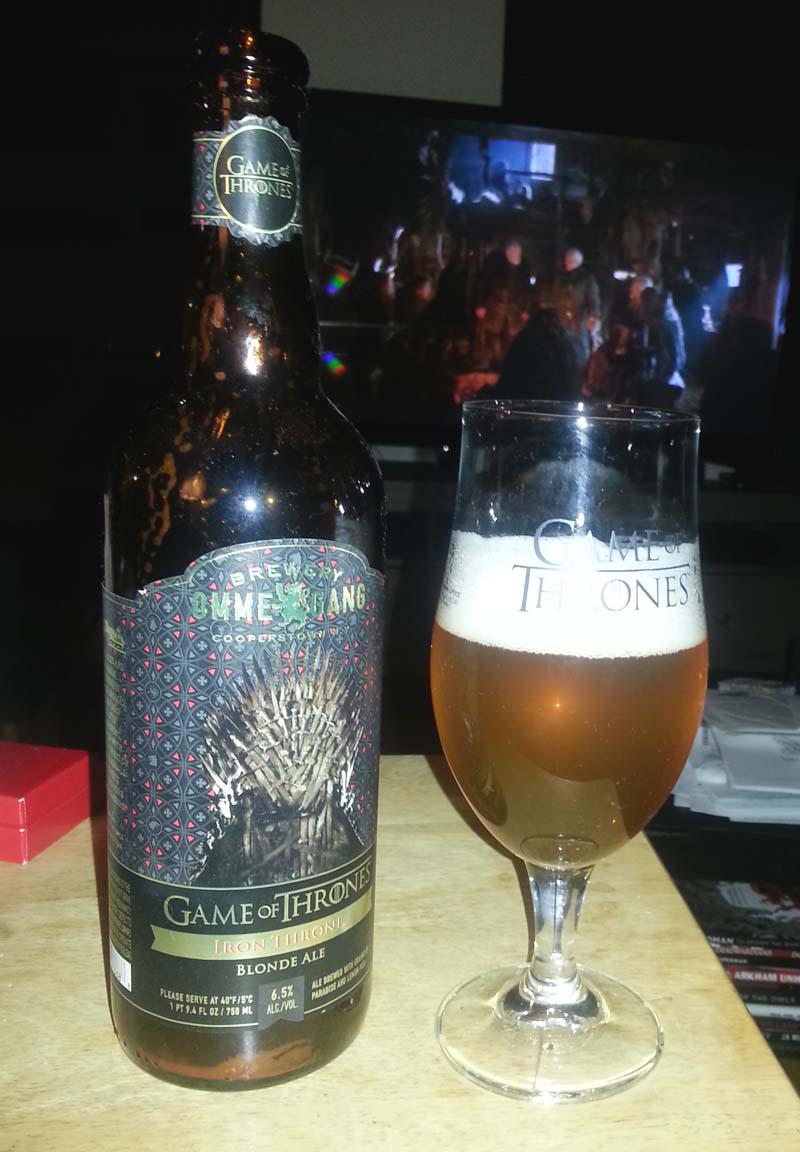 In the Game of Thrones, you either drink…or you drink. There really is no alternative in the world of George R.R. Martin’s A Song of Ice and Fire. Fine by me, which is why I was excited to hear HBO was teaming with Brewery Ommegang to create a line of Game of Thrones-inspired beer. And even more excited when they sent me a sample of their first edition, Iron Throne Blonde Ale, to try. Let me just say, I drink beer but I’m no connoisseur, so please forgive me if I don’t get into specifics.

While it might not be something I’d drink all the time, I enjoyed the beer. It was of a great quality and paired perfectly with a Game of Thrones Season 2 re-watch. And I’m sure, will pair just as well with Season 3.

According to the press release, “Unlike previous efforts by brewers which were typically executed as ‘brewed under license’ arrangements or straight forward product placement pushes, the collaboration between Ommegang and HBO is focused on developing unique beers that are named and crafted to directly tie into themes and nuances of the medieval-like fantasy realm of Westeros and the surrounding kingdoms, where the competition to sit on the Iron Throne is fierce and deadly.”

If I had one critique it would be that they didn’t go far enough with the kitsch. The Iron Throne Blonde Ale should totally have been Lannister Blonde Ale. It will be available nationwide this month for $8.99 for a 750ml bottle (and select taps) with additional beers are on the way.