HBO Shows Will Finally Be Available Online to Non-HBO Subscribers, But There’s a Catch 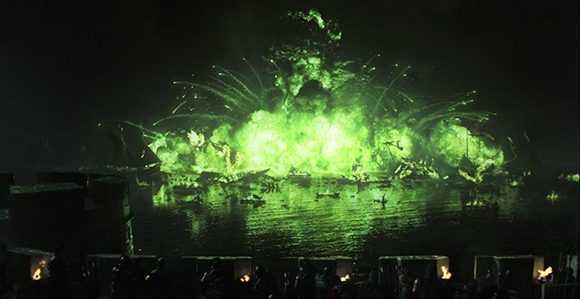 Or, I should say, HBO shows will finally be available online legally to non-HBO subscribers. Because, while it’s technically illegal for someone who doesn’t get HBO to log into someone else’s HBO GO account, it’s not like that ever stopped anyone. But HBO GO isn’t the subject of this news. Nope. HBO’s getting in bed with the Overlord of the Internet: Amazon.

Edit: This just in: According to Variety HBO’s Amazon deal does not include Game of Thrones. Ditto Entourage, Curb Your Enthusiasm, and Sex and the City, which have other U.S. syndication deals. And “new and future shows,” including True Detective and Silicon Valley, are excluded under the current deal as well. Thanks, HBO.

HBO and Amazon have entered into a licensing deal that will allow Amazon Prime Instant Video to be the exclusive online-only (HBO GO is cable and online, so that doesn’t count) streaming service for classic HBO shows and miniseries like The Sopranos, The Wire, Six Feet Under, John Adams, and Angels in America.

Great news for Amazon Prime subscribers who finally want to get around to Band of Brothers. Not-so-great news for people who were chomping at the bit for a way to get legal streaming access to currently airing shows like Game of Thrones. According to The Hollywood Reporter, “Previous seasons of newer shows including Veep, The Newsroom, and Girls will become available approximately three years after airing on HBO.” HBO GO, with all its shows, new and old, will also be available on Amazon’s streaming media player Fire TV by the end of the year.

It’s not exactly the $10/month a la carte subscription to HBO GO that many people wanted, but honestly, that was never going to happen. As a premium cable network, HBO makes the vast majority of their moolah, not from advertising like basic cable networks do, but from subscription fees. Keeping those fees rolling in depends on maintaining amicable relationships with cable companies like Time Warner, which, to put it lightly, don’t want current subscribers to have the option to downgrade to a less-expensive plan. There’s no financial reason for HBO to offer an HBO GO-only model.

So the Amazon Prime deal is a compromise. At $99/year, I can’t imagine all that many people will ditch cable for it when doing so won’t even get them the new stuff until it’s old. The cable companies keep their iron grip on the metaphorical testicles of the nation. Amazon gets content. Amazon Prime subscribers get more shows to binge watch. HBO gets viewers. And for the happy pirates of the Internet who want to watch Game of Thrones the night it airs without having to pony up for a costly cable subscription, well, nothing’s changed. They’ll sail off into the sunset clutching their “borrowed” HBO GO passwords in their raised fists.