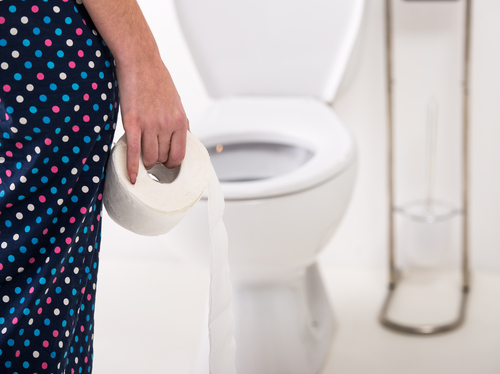 The North Carolinian legislators responsible for that horrid anti-transgender bathroom bill are now experiencing the swiftest kick in the ass. According to BuzzFeed, they’re currently being sued by the ACLU of North Carolina, Equality North Carolina, and Lambda Legal on behalf of three plaintiffs: Joaquín Carcaño, a trans man and public health expert at UNC-Chapel Hill, Payton Grey McGarry, also a trans man, and student at UNC-Greensboro, and Angela Gilmore, a lesbian and associate dean for academic affairs at North Carolina Central University. The lawsuit is based on the fact that the plaintiffs (rightfully) believe that House Bill 2, the “bathroom bill,” is unconstitutional.

Their argument takes on two points, the first of which is that this law expressly singles out trans people, denying the most basic rights guaranteed to them by the Constitution of the United States. By its very nature, the law goes against both the spirit and the word of the Constitution, and should not be enforced.

By singling out LGBT people for disfavored treatment and explicitly writing discrimination against transgender people into state law, H.B. 2 violates the most basic guarantees of equal treatment and the U.S. Constitution.

The fact that these lawmakers essentially codified bigotry by writing it into a state law is nothing short of galling. On top of that, they passed this law in what can be considered record time. The lawsuit also argues that that the process used in the passage of the law was full of “procedural irregularities.”

Lawmakers made no attempt to cloak their actions in a veneer of neutrality, instead openly and virulently attacking transgender people, who were falsely portrayed as predatory and dangerous to others.

Considering the fact that the law was conceived of and signed into action in less than 12 hours, it’s not hard at all to see that they’ve got a point here. It’s horrifyingly stunning how quickly a government body can move when it’s motivated by ignorance, signing unneeded bills with the expediency that should be reserved for actual problems.

Finally, the lawsuit argues that by requiring one of the plaintiffs, Carcaño, to use the incorrect restroom, his educational civil rights are being infringed upon under Title IX, which explicitly protects students from discrimination and harassment on on the basis of their gender identity.

By requiring Mr. Carcaño – a transgender man – to use a restroom that is inconsistent with his gender identity, Defendant University of North Carolina excludes Mr. Carcaño from participation in, denies him the benefits of, and subjects him to discrimination in educational programs and activities at Defendant’s constituent campus, UNC-Chapel Hill, “on the basis of sex,” which violates Mr. Carcaño’s rights under Title IX of the Education Amendments of 1972, 20 U.S.C. § 1681, et seq.

Citing Title IX brings up an excellent point: that by going against federal law in such a sweeping, dramatic fashion, the colleges and universities in North Carolina risk losing federal funding, throwing the state’s educational system into a bit of a tailspin. It’s possible (though unlikely, depending on the government’s priorities) that these schools could very well see some financial hard times ahead of them–you know, harder than normal, at least.

Bottom line: this law is not only incredibly ignorant, it’s damaging in so many different ways. The lawmakers’ utter disregard for human rights here will have long-lasting effects on so many lives going forward. One hopes that this lawsuit succeeds, preventing this completely ridiculous law from actually getting enforced.

But who knows? Far more outlandish things have happened–I mean, this is a lawsuit against a law that’s already been signed. As Marcy Cook (so eloquently) puts it: trans rights are very much under attack in America. This law and the motivations behind it are very real problems that we have to fight against now, and that mere fact is just straight up stunning.

The full body of the lawsuit is available to read online, and definitely deserves your perusal.

(via Jezebel, image via Shutterstock/VGstockstudio)