Transgender Rights Under Attack in America | The Mary Sue

Transgender Rights Under Attack in America: Pushing Back Against the Wave of Discrimination 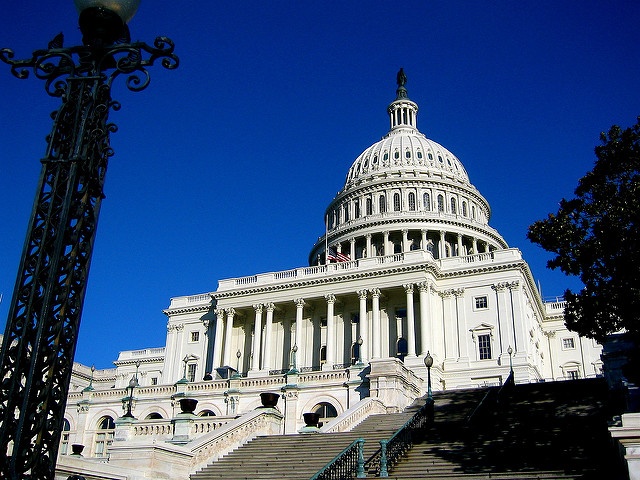 Individual rights are under attack, but not for everyone and not everywhere. This is aimed at transgender people in many places across the country where Republicans hold power. This current attack on individual rights is spearheaded by the GOP, which right now should stand for Gender Oppression Party. Kansas is trying to implement a law where cisgender citizens are awarded $2500 for catching a transgender person in what they see as the “wrong” bathroom. What could possibly go wrong if that’s enacted?

More progressive places have been passing non-discrimination bills. One of those is Charlotte, North Carolina, which recently passed a city ordinance barring discrimination against transgender people and allowing them to specifically use any bathroom that aligned with their gender. The Republican, conservative-dominated North Carolina legislature reacted quickly before this came into effect and passed a bill on March 23, 2016 that allows for explicit discrimination, overriding Charlotte. The Governor enacted the bill the same day; let’s call this bill what it is: a hate bill.

The hate bill blocks any local council enacting anti-discrimination ordinances. It forces transgender kids in school to use the bathroom and locker room equivalent to their birth gender. Trans adults have to do the same in local government facilities, and for an extra sprinkling of hate, it prevents local councils raising minimum wage above state level. 75% of transgender kids feel unsafe at school, and this hate bill will make that so much worse. I’ve written about bathroom bills twice before on The Mary Sue, but this problem seems to just keep going. The Republican party fears the loss of lesbian and gay votes, so it has begun targeting transgender people.

LGBTQIA groups, Glaad and HRC in particular, have, since Stonewall, thrown transgender rights aside in order to advance gay and lesbian rights. (Bisexual rights also tend to just be ignored.) Now that gay marriage is legal in the USA, it was hoped that these large organizations would turn their focus to transgender rights. Sadly, that’s been slow to happen, and the support so far has not been anything like the scale of the marriage equality campaigns. Looking at HRCs web page this morning, the North Carolina hate bill isn’t even their top story; it’s tucked away to the right.

Georgia introduced a bill on the same day as the North Carolina hate bill. Theirs will allow religious figures to refuse to marry gay or lesbian couples. Let’s be clear: This is a bad bill and it needs to be defeated, but it’s not as bad as the many transgender discrimination hate bills. Yet, the MPAA, CBS, NBCUniversal, MGM, The Weinstein Company, Time Warner, 21st Century Fox, Viacom, Starz, and Discovery have all spoken out against the Georgia bill, as well as a group of actors, directors, studio heads. AMC, Disney, and Marvel have threatened to pull out of filmmaking in the state. This is great same-day support for marriage rights, but those are not the only cause. The largest legal battleground right now for LGBTQIA people is for transgender rights. (Now, it’s two days since I wrote the above, and Apple, Pay Pal, Red Hat Linux, Dow Chemical, and Biogen have all issued statements against the new law in North Carolina. Seeing big companies like these come out for transgender rights is amazing.)

Houston also recently tried to pass a discrimination bill, but it was defeated. These hate bills have also been defeated in Florida, Hawaii, Illinois, Indiana, Kansas, Kentucky, Massachusetts, Minnesota, Mississippi, Missouri, Oklahoma, Oregon, South Carolina, South Dakota, Tennessee, Virginia, Washington, Wisconsin, and Wyoming. These bills are stopped far more than they get enacted, but the Republicans keep bringing more bills forward. These hate bills will cause transgender people to be outed, as they have to use the bathroom they don’t present as. This is very dangerous, as anyone could be watching who enters which bathroom, creating targets of transgender people. Also it means that transgender people in government buildings are in trouble. When waiting for a driving license, transgender people can’t use the right bathroom and may have to leave the building before getting their appointment.

Without authenticity and equality, transgender people are segregated and othered. Dehumanizing people directly leads to greater oppression of them, something history should have taught us all by now. Constantly being told you are inauthentic, a danger to others, and that you have less rights than other citizens contributes to the 41% suicide rate among transgender people. Yet, do Republicans have any basis for these bills, especially the kids in danger excuse that seems to be the go-to reason for introducing anti-transgender bills?

Going to the bathroom without outing yourself, making an obvious target of yourself, or having someone grab you for a $2,500 reward should be common sense. As a trans woman myself, I can tell you it’s not easy to switch bathrooms. At least, it wasn’t for me. I suffer from anxiety, and I’m non-passing. Before I came out at work, I used to walk fifteen minutes down the road to go to a single stall restroom in a local Starbucks. It’s only in the last few weeks that I’ve dared to use the bathroom on the same floor of the building that I work in. The stares I get from doing that are not exactly friendly, but here in British Columbia, Canada, I have the law on my side.

America is in a civil culture war, caught between fear and progress. Fear is the tool most widely used by the conservative Republican party in an attempt to win enough support to get hate bills through. Progress is slowly winning and will win in the end, but this culture war has victims. We all need to turn away from baseless fear and embrace the future. The only way we can continue defeating these hate bills is if we all work together to do it—that means everyone within the LGBTQIA spectrum and our allies. Contact your national or local representatives. Drop them an email or write a letter. Let them know you oppose discrimination bills. Push for GLAAD, HRC, and others to step up and really fight for individual rights.