Hathaway & Hemsworth Might Star In Spielberg's Robopocalypse | The Mary Sue 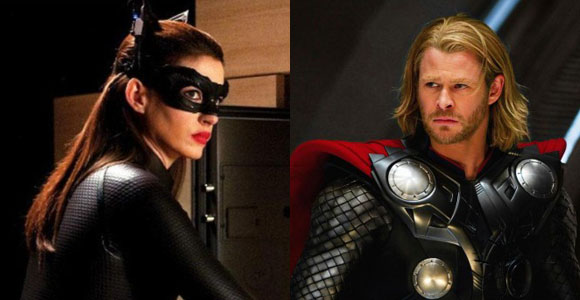 Catwoman and Thor together in the same movie!? It might just happen if Steven Spielberg has his way. Anne Hathaway and Chris Hemsworth are up for roles in his sci-fi action film, Robopocalypse.

Tom Rothman, exiting his job as chairman of Fox Filmed Entertainment at the start of next year, has just recently signed on to produce the film as well according to The Hollywood Reporter.

They write, “Anne Hathaway is in talks for the female lead, according to sources close to the film, who characterized the discussions as in an early stage. Chris Hemsworth reportedly is negotiating to star as well.”

The film is being produced by DreamWorks and Fox and is set for a 2014 release. It’s based on the 2011 book of the same name by Daniel H. Wilson that deals with “the fate of the human race following a robot uprising.” I haven’t read the book but it’s got the added bonus of having been written by a man with a PhD in robotics.

“If you are in politics, you dream of a call from the White House, in baseball, from the Yankees, in movies, from Steven Spielberg,” said Rothman. “Robopocalypse is the kind of important epic entertainment, a big movie with big ideas, that Steven does better than anyfilmmaker on earth. I am honored beyond measure that he asked for my help on it and fired up to do whatever I can for him, Stacey, the outstanding DreamWorks team, and all of my friends at Fox.”

Let’s keep our fingers crossed for the Hathaway/Hemsworth pairing. I think they’d make a good team.